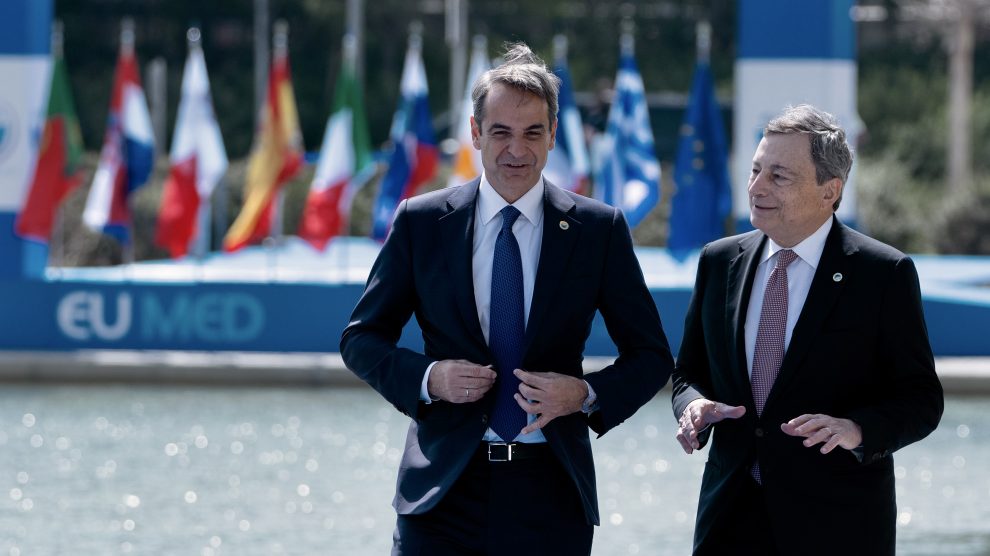 Speaking to President Biden and Congress, Kyriakos Mitsotakis revealed the recipe for brewing politics at the centre and cornering opposing extremisms. A call some Italian politicians should heed…

Warn the centrists, both genuine and wannabes. It’s quite possible to be a European politician who is moderate, centre-right, pro-European, Atlanticist, and a government leader at the same time.

The calm after the populists. A scion of Greek politics, Mr Mitsotakis was elected leader of New Democracy, a conservative party, in 2016. He then managed to break the spell of Alexis Tsipras after four years of leftist populism in power.

An old story, anew. “Political polarisation was a problem in ancient Greece as well,” said the Greek PM at Georgetown, before explaining that “ancient demagogues” had returned to the helm in Athens seven years ago with “a populist government, without ideological cohesion, that lumped extreme right and left together.”

But how did it work? When Mr Mitsotakis triumphed in the general election, many branded the election of a conservative PM as a return to the status quo after a populist hangover of sorts. But he rejects that notion.

Pragmatism is his signature. The Greek PM is reminiscent of Mario Draghi in training and inclination – having attended Anglo-Saxon universities and worked at McKinsey – and he’s not afraid of entering the political fray.

This also entails abiding by the rules of the democratic game and not stirring the cauldron of misinformation for a handful of extra votes. That’s a clear message to Trump-style politicians in Italy and elsewhere: