A new Directorate-General in the government’s offices will allow for an extension of Italy’s special powers, which are designed to protect strategic assets from M&A deals and other takeovers that could undermine the nation’s sovereignty

What’s happening: the Italian government will soon boost its capacity to monitor and deal with corporate takeovers, as anticipated by Reuters. It will do so by creating a new Directorate-General at the cabinet’s office.

Instead of proceeding case-by-case and relying on information provided by the companies, the new Directorate-General will have an always-on monitoring unit and increased staff to carry out “strategic analysis of what is happening in relevant markets”.

Why it matters: the changes will significantly boost Rome’s ability to monitor and intervene in any changes to the ownership structure of strategic firms. Ultimately, the government will be more capable of blocking partial or complete takeovers by foreign actors that might not have Italy’s best interest at heart.

What’s different for foreign investors: prospective foreign bidders should expect an extensive due diligence process to comply with the new notification requirements if they set their sights on Italian companies that hold strategic value for the State and its inhabitants.

Legal issues? Doubts have emerged about the government’s latest intervention to strengthen the Golden Power. A new provision requires companies to submit an “annual procurement plan”. However, as insiders point out, companies often find themselves having to change their purchasing plans due to market needs. 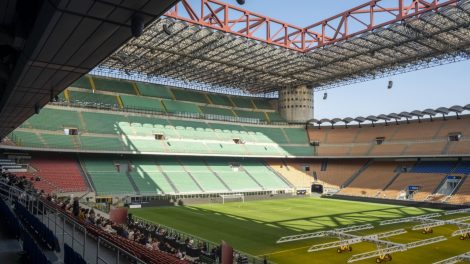 Business and defence: X-raying China in the Med
We need a TTIP 2.0, now. An appeal by Italy’s AmCham