Home » What fascism? Meloni speaks German too: here’s what she said 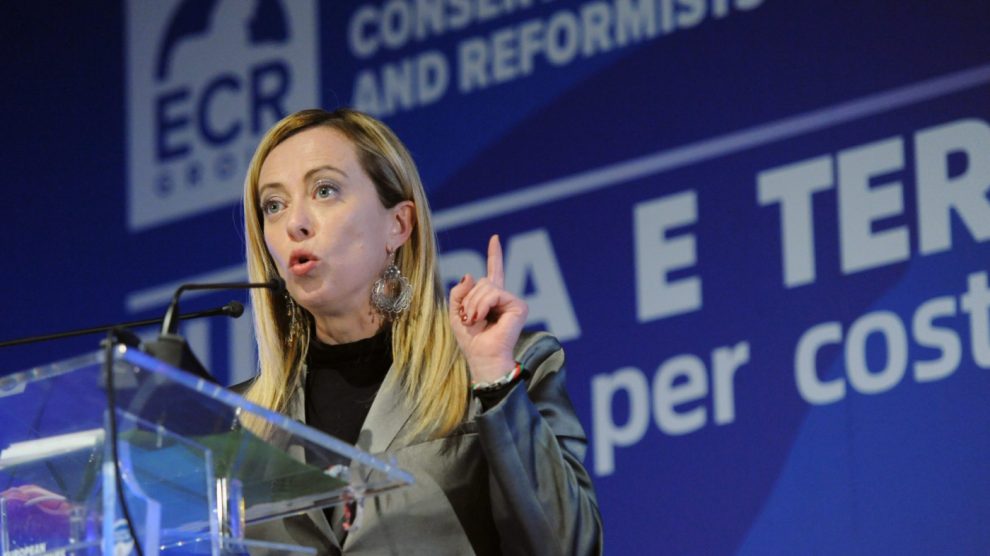 After her English, French and Spanish messages, the PM hopeful sought to reassure Germany. Her tones are more moderate than AfD’s, but everything about the fascist or Nazi past, even in a lighter or sweetened version, is always cause for alarm in Germany, noted the editor of Die Zeit

Next stop: Germany. After recording a video message in English, French and Spanish, Giorgia Meloni also gave an interview to the German daily Frankfurter Allgemeine Zeitung. It’s part of a media strategy aimed at reassuring European partners in light of the very real possibility that her party, Brothers of Italy, will lead Italy’s next government. Here’s a thematic breakdown.

On foreign policy. “The historical cornerstones of Italian foreign policy – Europe and the Atlantic Alliance – are the very first point of our programme,” she explained. She also noted that Ukraine’s territorial integrity isn’t the only element at stake in the ongoing conflict; the attempt to establish a new world order led by Russia and China depends on it, too.

On her conservative positioning. Brothers of Italy “is the party of Italian conservatives,” she told the German paper. “We believe in the freedom of the person and the centrality of the family, in Italian, European and Western cultural identity, in private initiative and social solidarity.”

On European solidarity. As for the EU’s support for the countries most affected by the sanctions against Russia, and those dependent on Russian gas, such as Italy and Germany, the PM hopeful said her calls for greater solidarity had gone unheard.

The right scare. The prospect of Italy being led by a centre-right coalition, together with the strong presence of Brothers of Italy, “somewhat frightens” Germany, explained Giovanni di Lorenzo, editor of the German weekly Die Zeit, in an interview with the Italian daily La Stampa. However, he argued that fear is being diminished by Germany’s internal discussions (on the issues of energy and inequality), the holidays, “and above all, the German government’s unwillingness to meddle in a campaign where even the most trivial intervention can be categorised as interference by foreign powers.”

Is Russia meddling in Italy’s elections? Here’s what’s happening
Why Salvini’s “creed” slogan is rooted in the global religious right