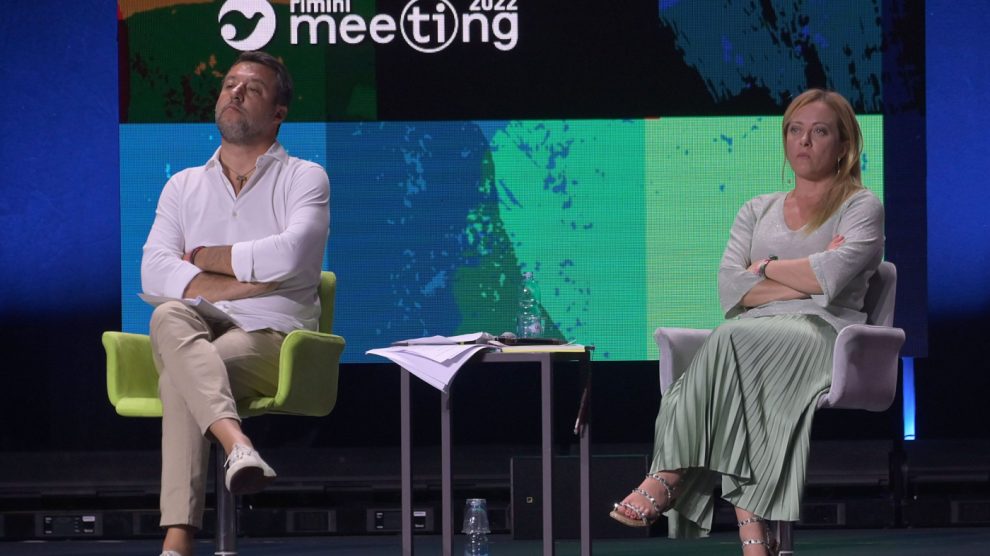 The League’s leader promised to recognize Jerusalem as the capital of Israel if the centre-right coalition wins the coming election. But Giorgia Meloni, the frontrunner to become the coalition’s leader, said she had no plans to follow Washington

The capital issue. On Tuesday, the League’s leader Matteo Salvini promised to recognize Jerusalem as Israel’s capital if the right-wing coalition wins the upcoming Italian elections. But his ally Giorgia Meloni, leader of Brothers of Italy and rising star in the Italian right, thinks otherwise.

What Salvini said: “I gave my word, I am fully committed to the people of Israel, and I intend to keep my word,” he said in an interview with the Israeli newspaper Israel Hayom.

The Dem’s rebuke. Mr Salvini “should explain to the Israeli public that his main ally, [BoI], openly cultivated nostalgia for fascism for years,” said the Democrat MP Piero Fassino, hitting back.

How Italy’s next government might deal with migration
Eyeing elections (and Meloni’s conservatives): the EPP leader in Italy