Home » How Italy’s next government might deal with migration 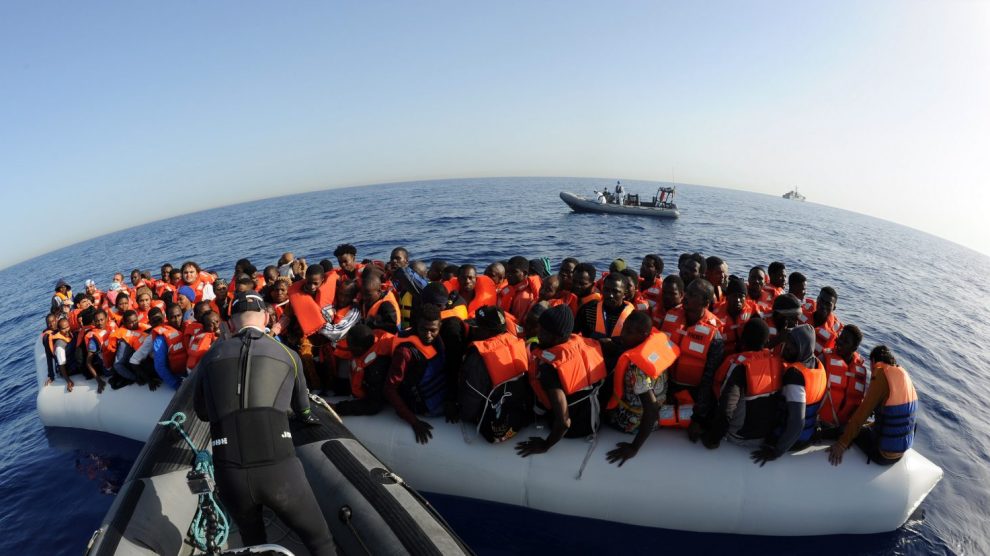 The driving political forces in the centre-right coalition, favoured to win the upcoming elections, are offering different solutions. Nevertheless, the issue will become a governmental priority if they win – and potentially set Italy on a collision course with the EU

Italy’s centre-right parties tackle migration (again). The recurring matter is being discussed by the coalition allies that comfortably lead the polls as Italy heads towards elections on September 25.

… and the internal differences. The lack of further clarity makes sense when considering that party leaders, especially Ms Meloni and Mr Salvini, have expressed contrasting views on how to go about the issue.

Matteo Salvini was Interior Minister from 2018 to 2019. Back then, he made the fight against immigration and “border defence” his flagship policy. According to him, migration fluxes can be controlled by reintroducing the security decrees that bore his name and were cancelled in 2020.

Giorgia Meloni, the rising star of the Italian right, recently proposed a naval blockade as “the only way to stop illegal immigration. We need a European mission in agreement with the North African authorities” to “put an end to illegal departures to Italy and the tragedy of deaths at sea,” she wrote on Facebook.

Naval missions. Mr Fazzolari also posited that BoI wants to hinge its strategy on the Sofia mission, which was the EU Naval Forces’ attempt in 2015 to neutralise the migrant routes by tracking and destroying suspected human trafficking ships.

The down-low: a centre-right government could negotiate with the other EU countries on the naval missions – so as to revert to a Sofia-style mission – and on solidarity efforts – seeing that the current framework, based on the 2019 Malta Agreement, works on a voluntary basis and is thus inefficient in redistributing migrants beyond first-access countries.