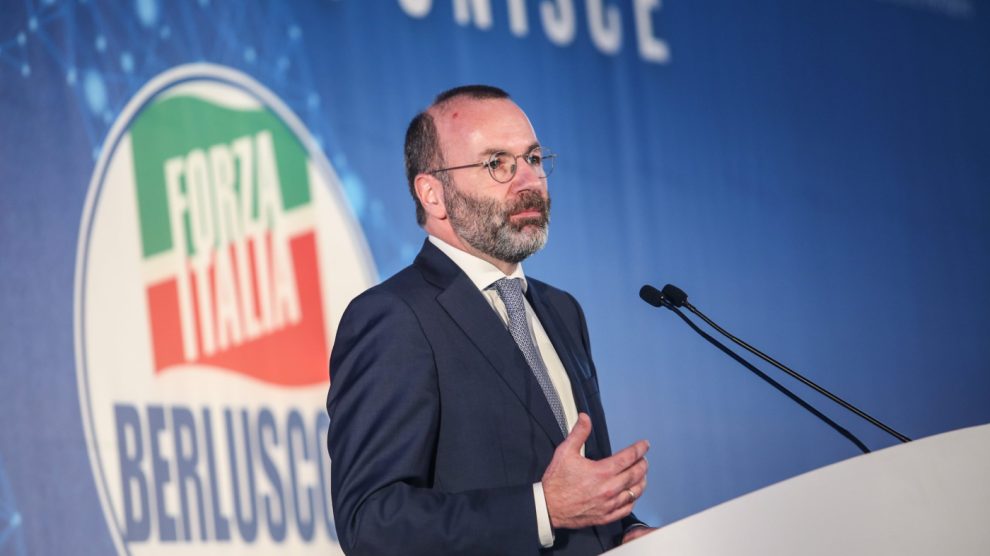 Manfred Weber is in Rome to support the local members of the European People’s Party ahead of the elections. But he’s also working on the 2024 European vote, meeting with the Vatican’s Secretary of State and studying the future of the EU and Ukraine

The European People’s Party is looking at Italy. Its German leader Manfred Weber will land in Rome on Tuesday to highlight the party’s support of its local affiliates – Silvio Berlusconi’s Forza Italia and members of a centrist multiparty list, Noi Moderati. In other words, the centre of the Italian centre-right, as the country gears up to vote on September 25.

What’s up, Silvio? On Wednesday, Mr Weber will meet with Mr Berlusconi and Antonio Tajani, leader and national coordinator of Forza Italia. His presence is “further proof of how Forza Italia, in the European chessboard, is strongly anchored to Atlanticist and pro-European positions,” reads a note from the Italian party’s press office.

Energy talks. The German politician will also see Lorenzo Cesa, head of the Union of the Centre. The two will talk about the high energy cost, following Berlin’s openness to reforming the EU’s electricity market. “I will forcefully raise the issue of capping the European gas prices to protect citizens, families and businesses,” announced Mr Cesa on Rai Tre.

Looking right… Mr Weber won’t focus solely on the September 25 election. His staffers do not rule out that his Roman visit could also be an opportunity to test the ground in view of the next European Parliament elections, scheduled for 2024.

Widening horizons. It’s still premature to hypothesise new relations between EPP and ECR. Forza Italia and the moderates would hardly welcome new entries that could set them aside. The other idea, as Repubblica reports, is to bring to Italy the same method that is working in the European Parliament, which led the EPP’s Roberta Metsola to become its president: uniting populars, conservatives and liberals.

Meanwhile, to the Vatican. On Tuesday evening, Mr Weber will meet Pietro Parolin, the Holy See’s Secretary of State. The future of Italy tops the agenda, along with the European Christian family, the international situation (especially in Ukraine) and the prospects for reform of the European Union.