Home » Draghi slams Conte and Salvini over weapons and sanctions 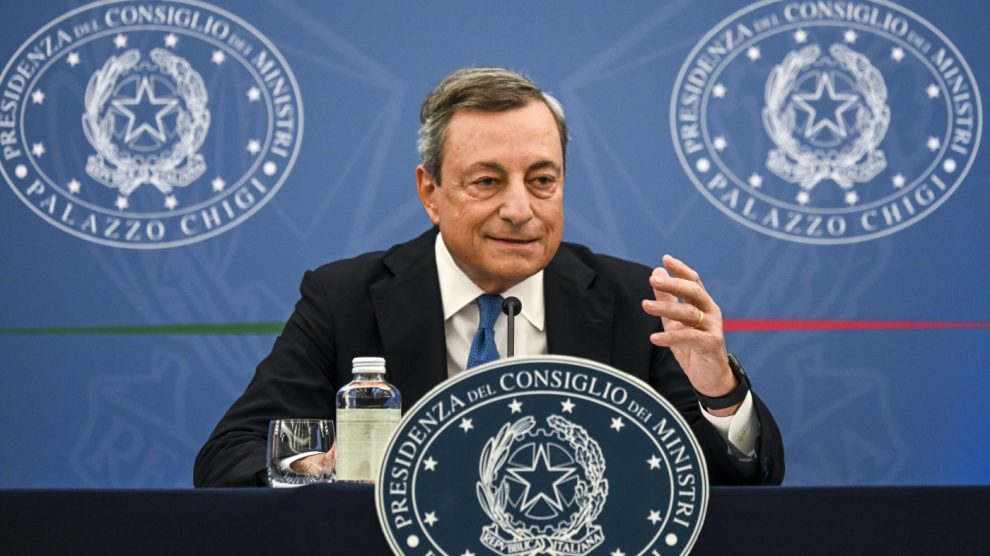 The outgoing PM doled out blows to the least Ukraine-supporting parties but confirmed they had not been corrupted by Russia. He also irradiated satisfaction for his work and Italy’s future as he symbolically bowed out of his role

Choose your friends wisely. In his last press conference before the September 25 elections, outgoing PM Mario Draghi did not spare the parties – especially the League and the 5 Star Movement – from his barbs.

On the League and the Five Star Movement. “Sanctions work”, said PM Draghi. “Otherwise, it would be hard to explain some of Putin’s recent behaviours.”

On the US dossier on Russian international corruption. The US Secretary of State Antony Blinken “confirmed to me the absence of Italian political forces in the list of recipients of Russian funding” that recently threw Italy in a frenzy.

Setting the record straight. That phone call originated from Mr Draghi’s office. “The most natural thing to do was to ask him what he knew,” he explained. In talks between the Italian agencies, “American intelligence – as opposed to the State Department – confirmed that it had no evidence of covert Russian funding of candidates and political parties competing in the current electoral round.”

“Italian democracy is strong. External enemies, or their hired puppets, are not beating it,” remarked the PM right after. “There is nothing to be surprised about,” he continued, citing Russian attempts to influence democratic processes around the world, including the United States. “Still, as of today, this is the situation,” he assured.

The hearing. In the morning, undersecretary Franco Gabrielli (who oversees intelligence operations) was audited by Parliament’s Intelligence Committee over the US dossier. Chairman Adolfo Urso later explained that “no elements concerning the national security of our country have emerged.”

But mysteries still linger. As reconstructed by Repubblica, two dossiers exist. The main one is classified, its offspring had been circulated to the embassies. PM Draghi reportedly asked Secretary Blinken about the first one but received no reply.