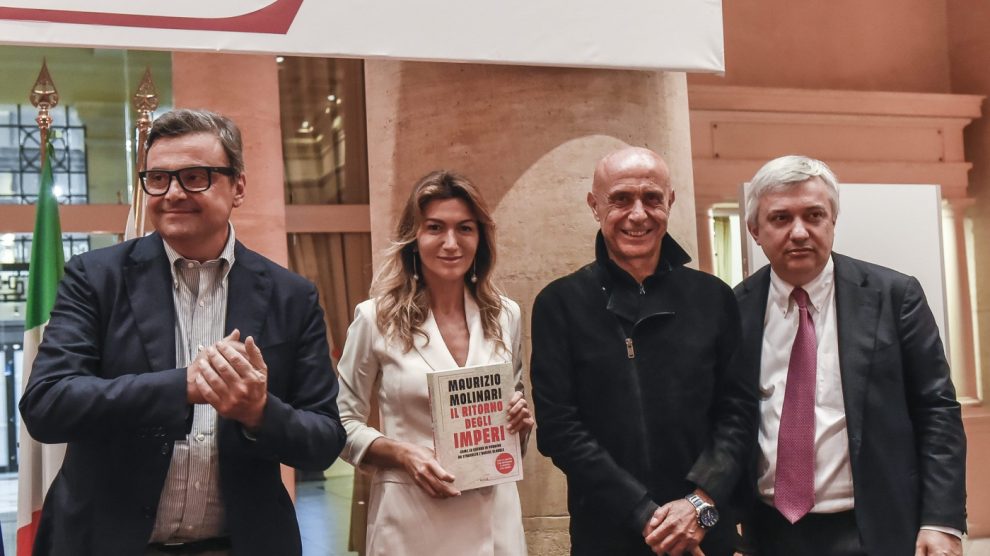 The Mediterranean area is central in the game between new and old, great or medium-sized powers. Italy continues to play an important role and must project the EU’s gaze further south. A discussion between MP Carlo Calenda, Med-Or President Marco Minniti and Repubblica’s editor-in-chief, Maurizio Molinari

Watch out for the Southern flank. In a world torn by the confrontation between democracies and autocracies, one that’s shaken by the Russian war in Ukraine, most eyeballs are watching NATO’s Eastern flank. But all these movements also impact the Southern flank – and spell dramatic challenges.

A multipolar context. Empires are not over, as previously thought. They were just asleep, argued Mr Calenda. “Despite opposing blocs, cultural identity remained prevalent during the Cold War – and this became evident again with the fall of the Berlin Wall,” he noted.

The war in Ukraine upset the balance. Strategies and plans clearly need to be revised, but the Transatlantic front seems to be driven by strong leadership, which Mr Molinari praised in his book. “The ills of democracies manifest themselves in the same way in different countries and must be tackled with a common front. Economic justice, for example, is too great a wound for States to tackle alone. That is why I believe that [US President Joe] Biden has demonstrated, in this crisis, a strategy suited to the circumstances.”

The Mediterranean remains a centre of gravity. Meanwhile, noted the panellists, the European Union is a pivot in world balances, and the Mediterranean a central playing field. According to Mr Minniti, the EU, as a US ally, faces several crises that could upset the balance of peace – namely “the energy crisis, which manifests itself today with the challenge posed by OPEC/OPEC+ on crude oil prices; the humanitarian pincer; and the security pincer, arising from international terrorism in Africa.

Italy’s role. In this regard, Rome has the onus to re-establish an incisive foreign policy, leading the Union to recognise its fundamental role in the Med. However, it’s unclear what kind of foreign policy it could actually set out. “The majority line seems contradictory,” said Mr Calenda; “between declarations of pro-Russian sympathy and Atlanticism, one has to wonder if a balance will be found.”

Rome, we have a problem. Berlusconi stands with Putin, again
Allies threaten Meloni’s “whatever it takes” government