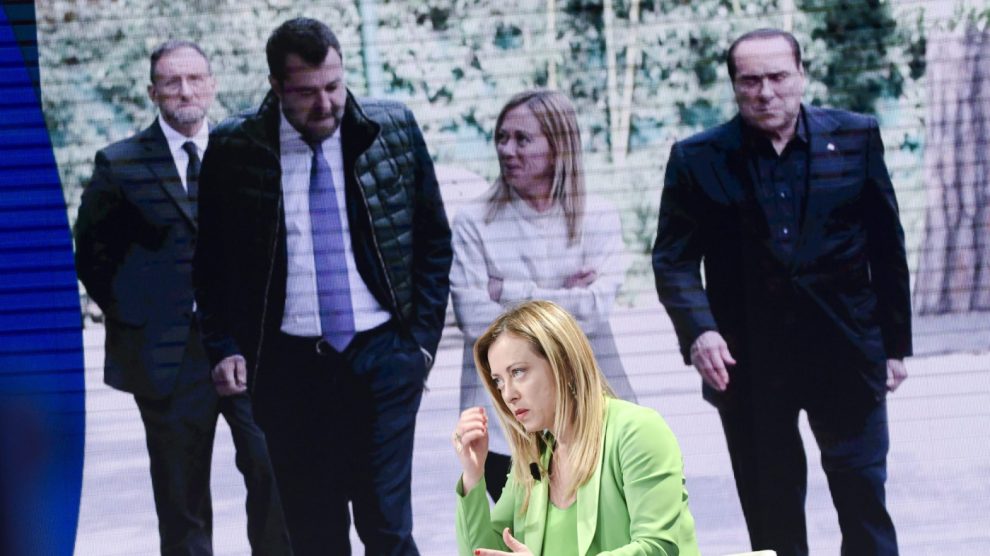 Meloni is ready to govern regardless of the troubles in her coalition. But are those responsible for Draghi’s fall plotting to sabotage her government?

Some context. Giorgia Meloni, leader of Brothers of Italy and slated to become Italy’s first-ever female PM, is showing the nation – and her political allies – that she is unwilling to compromise and will create a government, whatever it takes.

Trouble on the horizon. Leaked audio from Forza Italia’s Silvio Berlusconi – in which he discusses his allegedly rekindled relationship with Vladimir Putin – has made waves. The party rejected this reconstruction and later reasserted its Atlanticist positioning.

Conflicting views re: Ukraine. In the audio, Mr Berlusconi also said that the conflict would become global if NATO were to enter the war and that Russian ministers commented that, by providing weapons and financing to Ukraine, Italy is, in effect, already at war with them.

The bottom line: political analysts drew a parallel between those who brought down Mario Draghi’s government and what is happening now – namely, the obstacles on the path to Ms Meloni’s new government.

Between a rock and a hard place. That’s where Italy is now, faced with tough choices stemming from inflation, through-the-roof energy prices, and the uncertainty originating from the Russian war in Ukraine.

NATO’s Southern Flank (and Italy’s role) in the new world order
From Silvio with love: Berlusconi’s latest on Putin