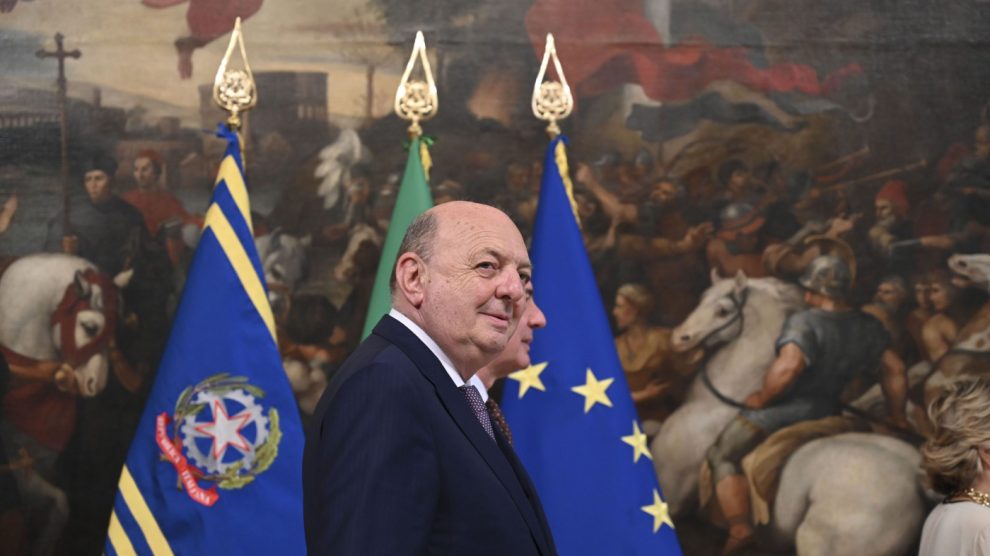 Italy’s new centre-right government wants to reshape the country’s approach to environmental matters, eschewing dogmatism and prioritising industry and energy supplies. It’s up to the new Minister of the Environment, Pichetto Fratin, who will nonetheless keep his predecessor, Roberto Cingolani, as an advisor

Gilberto Pichetto Fratin has become Minister of the Environment and Energy Security in Giorgia Meloni’s government, inheriting one of the most challenging issues on Italy’s plate: the energy crisis.

What’s in a name? Mr Pichetto Fratin’s ministry, previously known as that of the Ecological Transition, changed its name to Environment and Energy Security. He told Il Giornale that he refrained from offering formal interpretations of this name change but suggested the new version “entails a long-term significance compared to the previous one.”

Transition without ideology. “I understand those who make slogans and take sides [but] we have a precise duty: to give solutions and not to campaign,” said Mr Pichetto Fratin, who is corporate-minded and pro-nuclear. Compared to his predecessor Roberto Cingolani, it’s fair to expect more attention to energy security and supply rather than ecology or emissions.

Let’s talk about cars and the shift to electric vehicles, considering the EU’s goal of banning the sale of internal combustion engines by 2035 and the panic it’s causing in Italy’s automotive sector – enough for some to believe the tide is turning on that measure, perhaps in time for the 2024 European Parliament elections.

An ally in the making. Chances are the new Environment Minister will be more attuned to the industry’s woes than his predecessor. At the Ministry for Economic Development, he was involved in the dossier. And he’s from Turin, where the car industry is intertwined in the very fabric of the city.

Still, Cingolani will stay on as an advisor, free of charge. His permanence is part of the Draghi-Meloni handover package, as he will aid in finishing the work on the EU’s gas price cap and on expanding Italy’s non-Russian gas supplies.

Gas matters. Italy is the European country that secured the largest (by far) alternative gas supplies – amounting to 13 billion cubic metres per year by 2023, compared to Germany’s 2.6 billion agreements (by 2026, mostly). This imbalance, recently highlighted by Bruegel, explains Rome and Berlin’s differing approaches in Brussels.

“Italy is part of the West”: Meloni outlines her foreign policy in inaugural speech
Meloni kicks off international relations with Macron. The next steps