Home » Meloni kicks off international relations with Macron. The next steps 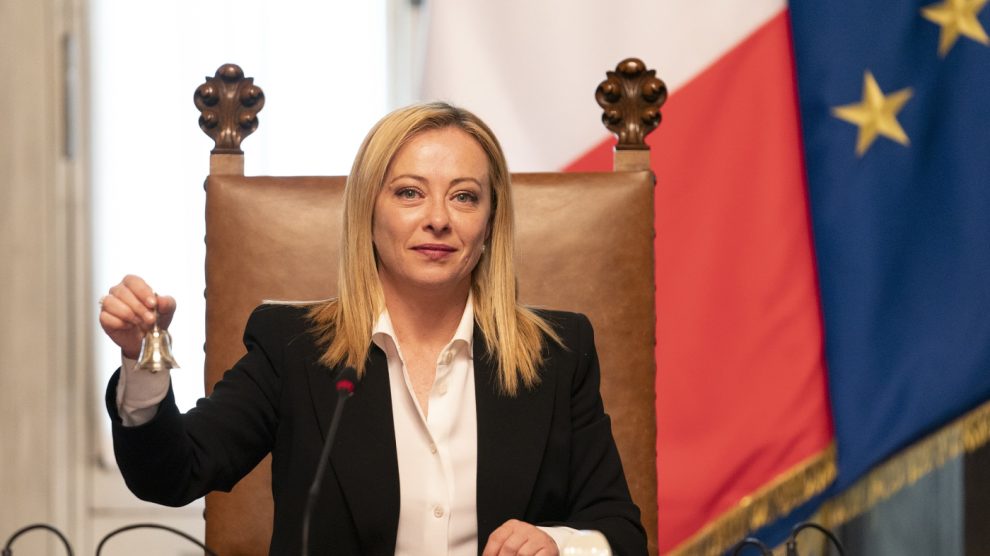 Italy’s new PM reached out to the European leaders and Ukrainian President Zelensky shortly after being sworn in. Then she met with French President Macron in Rome to discuss driving issues. She’s showing a realpolitik-based approach – but will it hold the EU’s test?

Ready, set, aller. After being sworn in on Saturday and completing the handover ceremony with Mario Draghi on Sunday, Giorgia Meloni hit the ground running by meeting informally with Emmanuel Macron for over an hour.

Bridge-building. The French President had already planned to be in Rome, as we reported, to partake in an influential event at La Nuvola and have lunch with his Italian counterpart, Sergio Mattarella. His willingness to immediately meet with Italy’s new PM resonates with the ongoing strengthening of ties between the two countries, as cemented in the Quirinal Treaty.

Realpolitik acknowledgement. “The Macron-Meloni meeting is the first foreign policy act of the new government,” tweeted Lia Quartapelle, who oversees foreign relations within the Democratic Party, now at the opposition. “It belies [Brothers of Italy’s] vote against the Quirinal Treaty in July. It may be a problem for [Ms] Meloni to be inconsistent, but it is good for Italy when reality overcomes ideology.”

Reaching out to Europe… As soon as she was sworn in, PM Meloni spoke with Ursula Von der Leyen and the heads of the European institutions – with whom, as she stressed, the new centre-right government is “ready to collaborate” on the energy crisis, the war in Ukraine, the implementation of Italy’s Eu-funded National Recovery Plan and cohesion policies, and Ms Meloni’s forthcoming trip to Brussels.

… and Kyiv. Ukrainian President Volodymyr Zelensky congratulated PM Meloni on Saturday; she responded by reiterating that Italy would continue standing by the Ukrainians as they fight for their freedom and “rightful peace.”

Word on the street, according to the same outlet, is that Francesco Maria Talò will become PM Meloni’s new diplomatic advisor. He is currently Italy’s Permanent Representative at NATO.

From Ecological Transition to Energy Security. Meloni’s rebranding, explained
Meloni set to be Italy’s next PM. A who’s who of her governing team