Home » Meloni set to be Italy’s next PM. A who’s who of her governing team 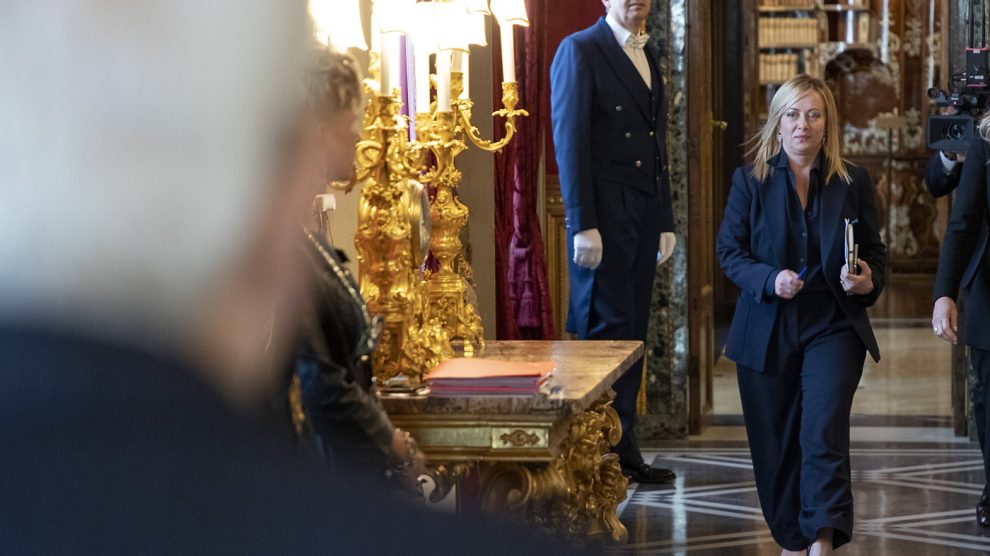 The first female prime minister in the country’s history will be flanked by two deputy PMs and a new team of ministers from her centre-right governing coalition. Here’s what Italy’s new government looks like

Government inbound. Giorgia Meloni, leader of Brothers of Italy, presented her government team after President Sergio Mattarella’s go-ahead. The forty-five years old, who’s also president of the European Conservatives and Reformists (ECR), will become the first woman to hold the post of Prime Minister in Italy.

The government will have two deputy prime ministers.

One is Antonio Tajani, 69, vice-president and coordinator of Silvio Berlusconi’s Forza Italia party and former president of the European Parliament. Having recently cashed in on the European People’s Party’s support, following Mr Berlusconi’s audio leaks on Russia, Mr Tajani has also been chosen as Minister of Foreign Affairs.

The other is Matteo Salvini, 49, leader of the League. He has also been chosen as Minister of Infrastructure and Sustainable Transport, with oversight over more than €62 billion to manage – the lion’s share of the €191.5 billion Next Generation EU funds allocated to Italy.

Here is our brief on the new government’s key members.

Minister of Economy and Finance. Giancarlo Giorgetti, 55, is the League’s second-in-command, widely seen as the party’s technically-minded solu and Atlanticist mainstay. He was Minister of Economic Development in the last government headed by Mario Draghi.

Minister for Economic Development. Adolfo Urso, 65, will take on this role. He was chairman of COPASIR, the parliamentary intelligence oversight committee, in the previous legislature. In addition to being one of BoI’s most influential figures, he is also a connection between Ms Meloni and the United States’ Republican world.

Minister of Defence. Guido Crosetto, 59, has been selected for the job at the head of the ministry where he was undersecretary during the Berlusconi IV government. A co-founder of Brothers of Italy, he has been president of AIAD (the federation of Italian aerospace, defence and security companies) since 2014.

Minister of the Interior. Matteo Piantedosi, 59, is the final pick. The current Prefect of Rome – and thus a “technical” figure – he was Mr Salvini’s chief of staff when the latter was Interior Minister. The latter, who was rumoured to be aiming for his old post, pointed out that he and Mr Piantedosi had written the hard-line measures on immigration at the time of the Conte I government (2018-2019) “together”.

Minister of European Affairs. Raffaele Fitto, 53, is co-chairman of ECR and a BoI MP. He is one of the bridges (and bridge-makers) between Ms Meloni’s world and the EPP. He will be Ms Meloni’s man in Brussels, with a focus on the implementation of the EU-bankrolled National Recovery and Resilience Plan.

Minister of Ecological Transition. Gilberto Pichetto-Fratin, 68, member of Forza Italia. He was Deputy Minister for Economic Development in Mario Draghi’s government, with responsibility for industrial and SME policies, Made in Italy, trade, competition, consumers and the fight against counterfeiting.

Undersecretary to the Presidency of the Council of Ministers. Alfredo Mantovano, 64, was undersecretary at the Ministry of the Interior in the Berlusconi II government. He will essentially be the government office’s Chief of Staff.

Editor’s note: we previously reported that Paolo Zangrillo would be the new Minister of the Environment and Energy Security, rather than Mr Pichetto-Fratin. That was due to a mistake in the original readout, which Brothers of Italy later amended with a note. Mr Zangrillo has been nominated Minister for the Public Administration.

Meloni kicks off international relations with Macron. The next steps
Weapons to Kyiv: why Conte’s latest “no” matters more