Home » “Italy is part of the West”: Meloni outlines her foreign policy in inaugural speech 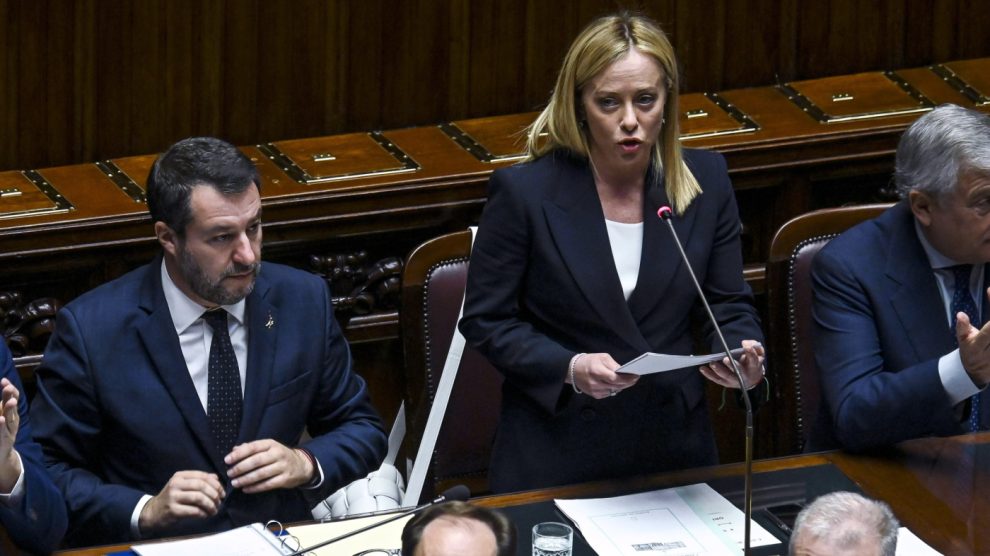 Ahead of the confidence vote, the newly-appointed Italian prime minister laid out her government’s approach to Ukraine and Russia, the Atlantic Alliance, the EU (including its future and Italy’s role within it), China, the ecological transition and controlling migratory flows

On Italy’s positioning. The country “is entirely part of the West and its alliance system, a founding state of the European Union, the Eurozone and the Atlantic Alliance, a member of the G7, the cradle […] of Western civilisation and its system of values based on freedom, equality and democracy.”

On Ukraine and NATO. PM Meloni promised that “Italy will continue to be a reliable partner of the Atlantic Alliance, starting with supporting the brave Ukrainian people who oppose the invasion of the Russian Federation.”

On Italy within the EU. “I am not unaware of the curiosity and interest in the posture that the government will hold towards the European institutions. Or even better, I would like to say inside the European institutions because that is where Italy will make its voice heard, loudly, as is proper for a founding nation. Not to sabotage […] but to help direct it towards more effective responses in reaction to crises and external threats.”

On her vision of the EU, “the common house of the European peoples” that must be able to “face the great challenges of our time, starting with those that the member states can hardly face alone”: trade agreements, supply of raw materials and energy, migration policies, geopolitical choices, and the fight against terrorism.

On China and the ecological transition. Ms Meloni’s stated approach is that of “accompanying companies and citizens towards the green transition without handing ourselves over to new strategic dependencies and respecting the principle of technological neutrality.”

On controlling migratory flows. Her stated goal is to “stop illegal departures” and “finally break the trafficking of human beings in the Mediterranean.” Touching upon the naval blockade, a controversial talking point in the past months, she noted the intention of “recovering the original proposal of the UE’s Sophia naval mission” that featured the never-implemented “blockade of departures of barges from North Africa.”