Home » Is this Meloni’s chance to become the champion of EU-US relations? 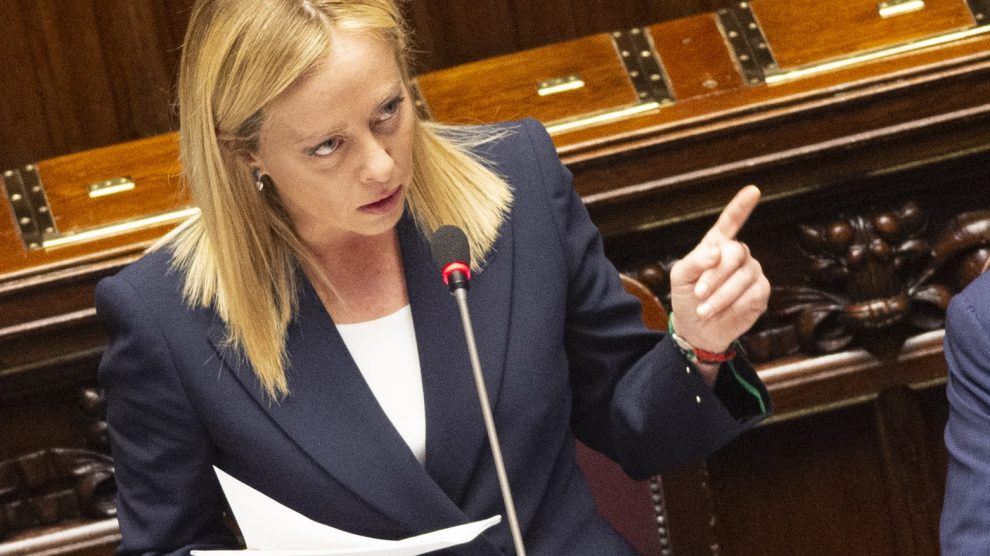 Macron speaks of peace on uncertain terms – to the point that Putin embraces his line –, Scholz calls for a Marshall Plan for Ukraine while dragging his feet on weapons aid. As Paris and Berlin walk further away from Washington’s line, a genuinely Atlanticist Rome may step in

PM Meloni, the Atlanticist. The newly-appointed Italian Prime Minister Giorgia Meloni stressed that Italy “is entirely part of the West and its alliance system” in her inaugural speech. She promised that Italy would continue to be a “reliable partner” within NATO, “starting with supporting the brave Ukrainian people who oppose the invasion of the Russian Federation.”

A chance to shine? Italy may well find it can seize the opportunity to play the role of champion of EU-US relations in light of France and Germany’s recent positions on the war – which marked some distance from Washington’s own. Let’s take a look at the evidence.

France: what brand of peace? On Sunday, while in Rome, French President Emmanuel Macron said he believes there is a “prospect for peace” that “will come around at some moment. And at a particular moment, given how things are evolving, and when the Ukrainian people and its leaders will have decided on the terms of this, a peace deal can be built up with the other side.”

Germany: slow and unsteady. On Tuesday, German Chancellor Olaf Scholz again called for a “new Marshall Plan” to rebuild Ukraine (a reference to the US-sponsored program that helped reconstruct European economies – and safeguard democracy – in the aftermath of World War II). “We don’t know when this war will end. But end it will,” he said on Tuesday at a conference in Berlin.

What doesn’t work. As Ukrainian President Volodymyr Zelensky said on Tuesday, he’s willing to enter peace talks with President Putin – but not with a gun at his head. Meaning the talks imagined by President Macron can hardly proceed while Russia presses on with its war of aggression. Also, Chancellor Scholz’s approach to Russia and its relatively modest, extra-slow-paced military aid has not gone unnoticed in Washington.

Meloni’s moment. Considering PM Meloni’s strong positioning, it may well be that this is her chance to paint herself as the most credible partner among the three most important European economies. However, much will depend on certain factors within the Italian government, such as:

As Professor Giovanni Orsina remarked on La Stampa, it’s a matter of balancing her two avatars to prevent one from dragging down the other. The first is willing to fully participate in the European game by negotiating with all countries, starting with France and Germany. But the second is “the champion of Trumpian-Orbaninan conservatism.”