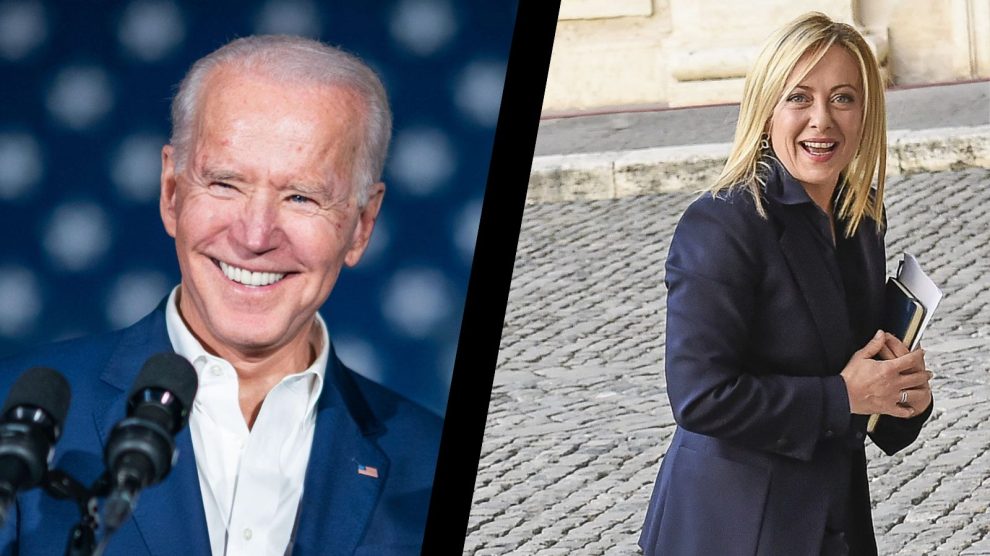 Italy’s new PM had a telephone conversation with the White House shortly after winning the Lower House’s confidence vote. The timing is important: the gesture itself appears to carry positive value beyond the content of the talks

Transatlantic lovefest, part 1. President Biden congratulated PM Meloni on her appointment, “underscored the strong relationship between the United States and Italy, and expressed their readiness to work together within the Transatlantic alliance to address common challenges,” according to the US readout.

Transatlantic lovefest, part 2. PM Meloni thanked President Biden for his congratulations and reiterated the deep friendship that binds Italy and the US, reads the Italian note. She emphasised the importance of the Transatlantic partnership, “especially in light of the historic challenges Western democracies are facing, such as the war in Ukraine and the energy and food crisis.”

The first international steps. The new Italian PM is slated to make her first international appearance in Brussels to mark her official entrance into the European community, and then Kyiv, so as to meet with President Volodymyr Zelensky before the G20.

Where it could go wrong. Atlanticism, along with the energy crisis, is perhaps PM Meloni’s most important and urgent dossier. It’s also ballasted by the relationship between her two allies, Silvio Berlusconi and Matteo Salvini, and Moscow. Her first – highly symbolic – trips will touch Europe, Ukraine, and the Atlantic Alliance, but will her programme please her allies?

Washington’s ready. Crucially, US diplomacy worked very efficiently. They had promised a call with government officialdom and the call came as soon as confidence was passed (albeit in one of the two chambers). This outreach is important, along with the timing, and carries positive value beyond the content of the conversation.