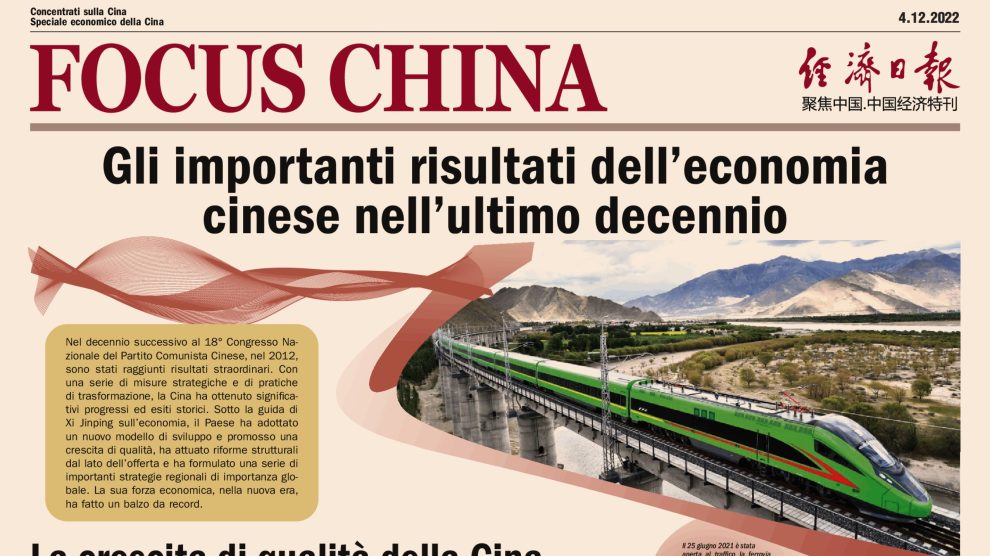 Journalists push back. In response, the paper’s union issued a harsh statement criticising the content “propagandising” the Chinese economy as “inappropriate” and “dangerous.” The advertising nature of the four pages “was not clearly indicated;” the headlines, by contrast, are rather clear in giving the impression of an institutional investor “without too much difficulty, notably in a country where the boundary between the economic system and the political apparatus is very blurred, if nonexistent.”

Reality check: the “Focus China” content conveniently omits the global impacts of the war in Ukraine, initiated by Russian President Vladimir Putin only days after he established a “limitless” friendship with Chinese leader Xi Jinping; the recent protests over the “Zero Covid” policy restrictions; the international context where the United States and the European Union have “never been so aligned” in the face of China, as it tries to push the States of the Old continent into an alternative position.

Here is the full text of the union communiqué.

We strongly distance ourselves from what was published in the Sole 24 Ore on Sunday, December 4, under the title “Focus China”: four pages of the newspaper were devoted to propagandising the results, prospects and attractive force of the Chinese economy. Not with news reports but in the ambiguous form of an “advertorial,” where advertising content is translated into graphics that create an obvious risk of confusion for the reader.

What is not clearly indicated on those pages, in addition to the advertising nature, is also the patronage, while the contents are rather clear and the headlines are eloquent (“China’s Major Economic Achievements in the Last Decade,” “China’s Quality Growth,” “A Historic Leap of China’s Economy into the New Era, “China and the EU Strengthen Synergy in Development Strategies,” “China’s Foreign Trade is Stable and Going Far”). So much so that one would think of an institutional investor without too much difficulty – notably in a country where the boundary between the economic system and the political apparatus is very blurred or nonexistent.

And so, to act as a sounding board for the messages of a state where political pluralism is nil, freedom of expression and the right of criticism never recognised, the right of even the existence of minorities denied, the author of an aggressive and imperialist foreign policy, is, in our opinion, more than inappropriate: it’s dangerous.

To make matters worse, there is recidivism: similar pages were published some time ago. We complained about it back then, too, and a commitment was made to inform the editorial representation in advance and to agree at least on the form, if not the content. Unfulfilled commitments. The needs of the income statement cannot override all other considerations.

The editorial board of Il Sole 24 Ore