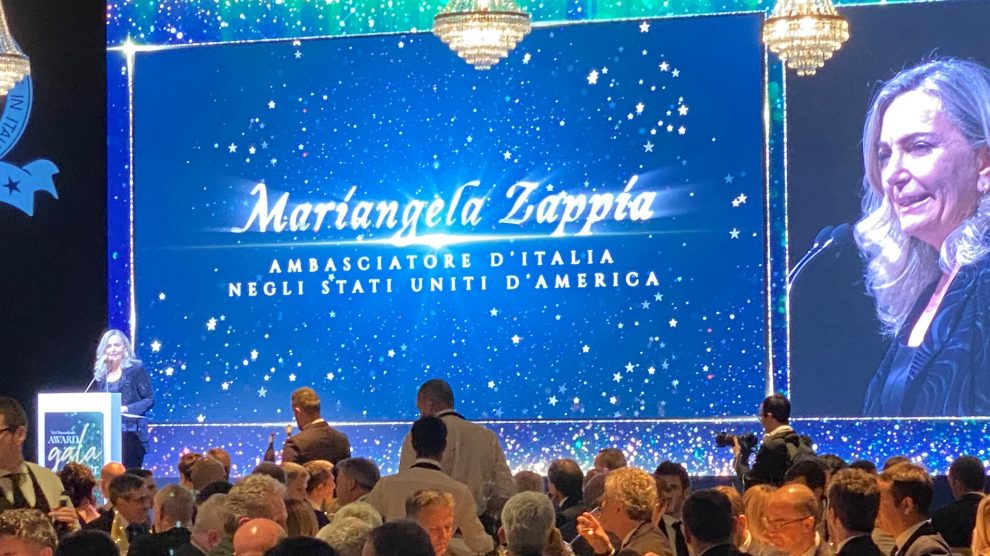 Speaking at the American Chamber of Commerce gala dinner in Milan, the Ambassador remarked on Rome’s firm Transatlantic anchoring and “strong and strategic friendship” with Washington. Bilateral trade is on the rise, consolidating the already-solid economic ties

Ambassador Zappia on Italy-US relations. “In the current geopolitical scenario, the need to strengthen international relations between ‘trusted friends’ has become even more urgent,” said Italy’s Ambassador to the United States, Mariangela Zappia, in her welcoming remarks at the 16th Transatlantic Award Gala Dinner organised by the American Chamber of Commerce in Italy (AmCham) in Milan.

Italy in the US, continued the Ambassador, is a leader in traditional sectors as well as innovative emerging technologies, “where we boast unparalleled expertise, extending from mechanics, biotechnology, aerospace, energy and the defence industry.”

The Italy-US economic ties, in figures. Washington remains Rome’s leading trading partner outside Europe and third overall, with an annual reciprocal interchange of goods and services now standing at around $100 billion – with a significant surplus favouring Italy.

Bilateral investments are also relevant, with foreign direct investment stocks standing at around $30 billion (both ways). About 3,000 Italian State-participated companies operate in the US; about 1,200 are subsidiaries, generating more than 200,000 jobs. Meanwhile, over 1,000 US-invested companies operate in Italy, helping to maintain 250,000 jobs.

Roll call. The AmCham award ceremony was hosted by the President of AmCham Italy, Luca Arnaboldi, and attended by the Chargé d’Affaires of the US Embassy in Italy, Shawn Crowley, as well as the Deputy Minister of Business, Valentino Valentini.