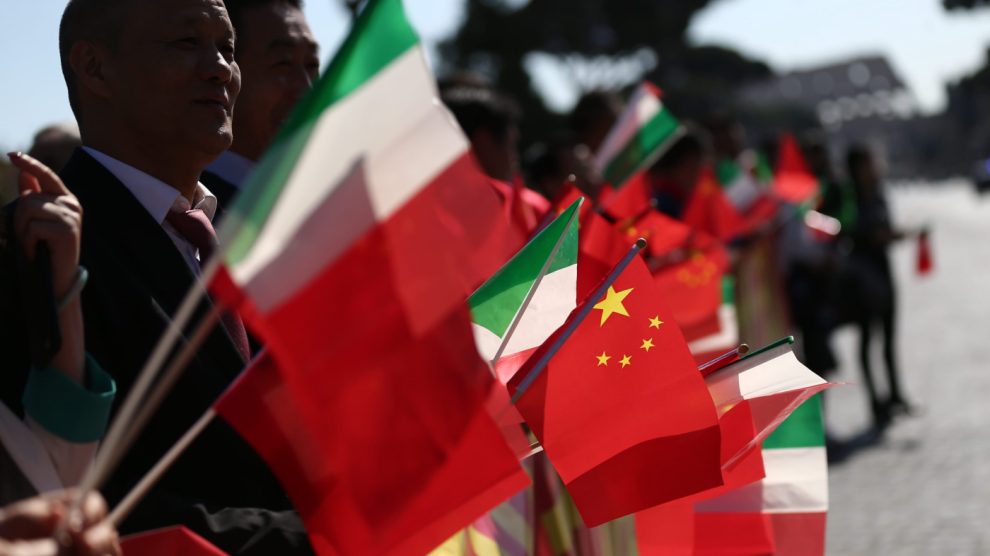 Through a trade-centred, China-approved interview, the Chinese Mission’s head laid out what sort of relation Beijing would like to have with Rome. Except the country decidedly changed its China policy over the past years, and will prove a tougher nut to crack

A China-style interview. On Monday, Zheng Xuan – acting chargé d’affaires at the Chinese Mission in Rome – gave a rather peculiar, non-political interview to Class Editori – Xinhua/CEIS (which stands for China Economic Information Service, a service of the official Chinese press agency). The title: “Italy-China trade and investments are still increasing.”

Shifting officials (and sentiments). Ambassador Li Junhua left Rome in July to become Undersecretary-General for the Economy and Social Affairs of the United Nations. Ms Zheng stepped in as chargé d’affaires, pending the appointment of a new ambassador.

Pushing for more investments. Chinese investments in Italy are “mainly distributed in the central and northern regions,” explained Ms Zheng in the interview. That is also demonstrated by the Draghi government’s decisions to curb Chinese appetites for strategic Italian companies based there.

What China would like from Italy. The official lamented a “lack of reciprocity” on behalf of Rome. When speaking of Italian industries that would be welcomed into the Chinese market, Ms Zheng referred to “the aeronautics and the automotive industries,” which are “globally competitive and have many ‘small but beautiful’ products”. These, by the way, are strategic sectors.

Ms Zheng mentioned “economic openness” five times, a stance that, according to her, was reiterated during the CCP’s recent Congress. However, in the words of the EU’s foreign policy chief, Josep Borrell, China is increasingly “a tough competitor” for the bloc. That’s owed to Beijing’s “desire to have influence on all sorts of levels,” and the EU must “engage in a way that stays clear-headed, bearing in mind that [competition] right now is probably the most salient [aspect].”

Green and digital – through the BRI. The Belt and Road Initiative was an inevitable passage in the interview. The diplomat hoped that “Italy will work with China in the future, steadily strengthening mutually beneficial cooperation in green energy, environmental protection and other fields, and pursuing the joint construction of a green Belt and Road.”

But Italy has changed since 2019, when it signed the Memorandum of Understanding on the Silk Road, under the government headed by Giuseppe Conte. Under Mario Draghi, however, Italy “understands very well how the People’s Republic of China operates in the world,” said US Deputy Secretary of State Wendy Sherman in June. And PM Meloni seems to share her predecessor’s stance.

The French-Italian spat: Weber calls for European solidarity on migrants
Is the Franco-German detachment a chance for Euro-Atlanticist Italy?