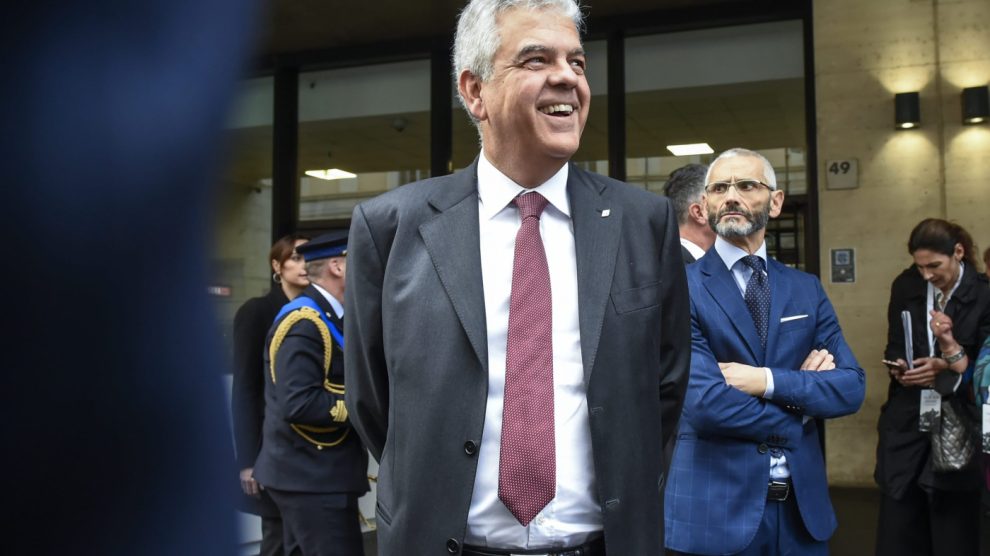 The CEO, who just won the prestigious Tiepolo Award, discussed expanding the reach of FS’ high-speed Frecciarossa trains (which already operate in both France and Spain) to boost Europe’s future-oriented rail transport

FS for the win. Monday was a busy day for Luigi Ferraris, CEO of FS Group, who received the Tiepolo 2022 award at the Italian Embassy in Madrid for promoting multimodal and sustainable collective mobility, boosting tourism, and a challenge: connecting Spain to Italy, through France.

In his words. “I share this prestigious award with the entire FS Group team and with the over 82,000 employees working in Italy and in the foreign subsidiaries,” said Mr Ferraris during the presentation of the award; “especially with the colleagues working here in Spain, who in these very weeks are busy with the debut of our Frecciarossa 1000 on the Spanish high-speed tracks, the latest step in a strategy that sees the FS Group increasingly active in an integrated European rail market open to competition.”

FS in Spain… The Italian rail group launched high-speed connections with the Frecciarossa 1000, Italy’s flagship high-speed train, on November 25 through its regional division Iryo. Initially, they connect Madrid, Zaragoza and Barcelona, with future links in the works. The group aims to offer concrete contributions, in Italy as well as the EU, to the construction of an intermodal, digital, sustainable transport model.

… and in France. FS trains also began connecting Milan and Paris, through Lyon, a mere months ago. And Mr Ferraris is dreaming bigger. “We can think about connecting Madrid with Italy through France, where we already arrive with our Frecciarossa,” he said on the sidelines of the award ceremony. “There is a plan and we are working on it,” he added, noting the plan could become reality, if conditions allow it, by the end of 2024.

The Tiepolo Award has been given since 1996 by the Italian Chamber of Commerce and Industry for Spain (CCIS) and the Spanish Confederation of Entrepreneurial Organisations (CEOE) to the most deserving Italian and Spanish personalities who have distinguished themselves in the development and consolidation of economic and trade relations between Italy and Spain.