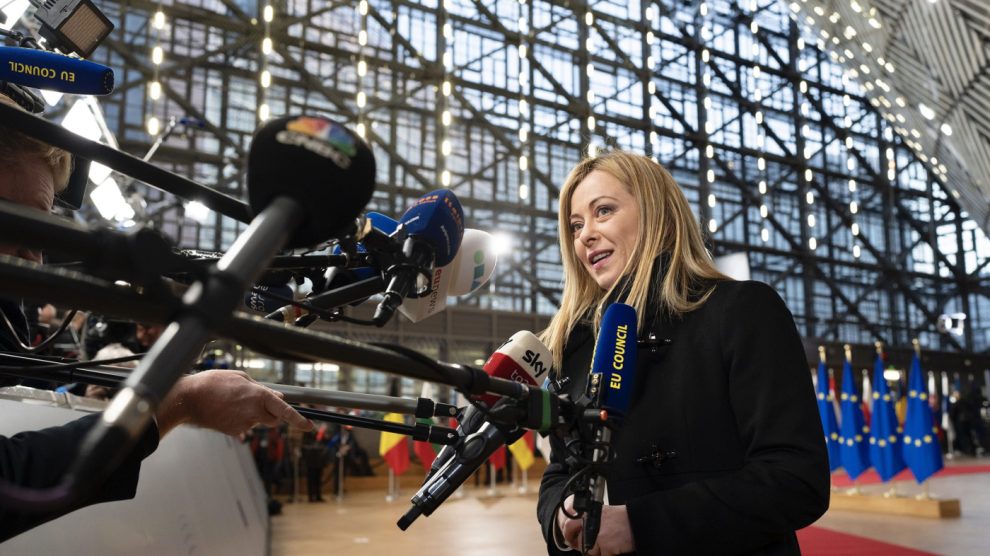 In Brussels, PM Meloni remarked that the bloc needs a strategic vision of the Southern Neighbourhood to effectively manage the opportunities and challenges arising from the Med’s Southern shore

Mind the South. Rome supported Madrid’s proposal for a EU-Neighborhood Summit of the South during the Spanish EU presidency in the second half of 2023.

Opportunities… PM Meloni highlighted Italy’s recognition of the area’s potential as an opportunity for the EU, as it shares the same challenges, including migration and the issue of rising energy prices.

… and challenges. Ms Meloni stressed that migration management requires a structural solution in Europe so as to avoid a “predatory approach” to the issue. Her calls to create a joint response also came as an answer to Austria’s Karl Neerhammer calling to curb secondary migration flows.