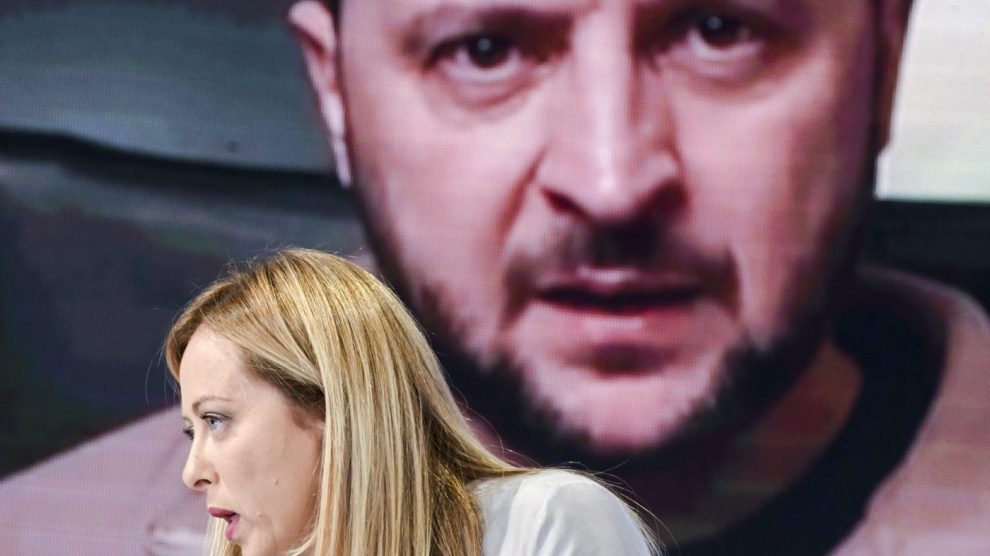 The Ukrainian leader thanked the PM for Italy’s support of Kyiv. The two talked about the possibility of providing weapons to protect Ukrainian skies – such as anti-drone, Aspide and Samp/T systems, as has been rumoured

The Meloni-Zelensky call. On Tuesday, the Italian Prime Minister had a telephone conversation with the Ukrainian President. It was the second official contact between the two since she became PM; the first was two months ago, just days after she was sworn in.

What Kyiv said. President Zelensky later tweeted he had thanked PM Meloni “for solidarity and comprehensive support for Ukraine” and commended the Italian government’s allocation of an additional €10 million in aid. Ms Meloni informed him that the possibility of shipping air defence systems to protect Ukraine’s skies “is being considered,” added the Ukrainian leader. The two also discussed possible paths to peace.

What Rome said. On her part, PM Meloni “renewed the full support” of the Italian government to Ukraine “in the political, military, economic and humanitarian spheres, in the restoration of energy infrastructure and in the future reconstruction of Ukraine,” according to the official readout. She also reiterated Italy’s “maximum commitment […] to every action” useful to achieve “a just peace” for Ukraine. Finally, she confirmed her intention to travel to Kyiv and invited President Zelensky to Rome.

Military aid: what’s on the table. The government might consider the contents of the sixth weapons and equipment package as soon as early 2023. It might just respond to Kyiv’s requests, which centre on air defence systems to protect the country’s infrastructure from Russian airborne attacks.