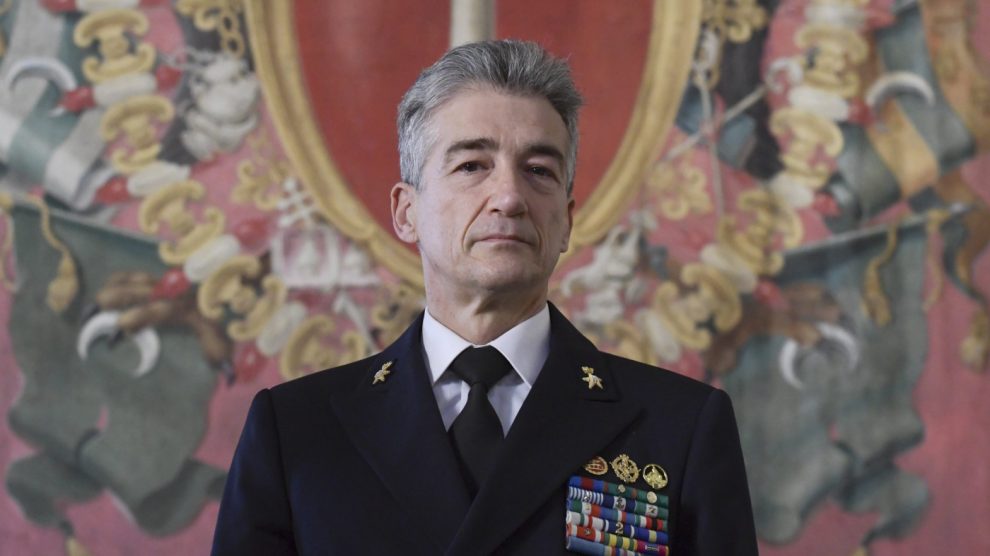 Rome is keeping a close watch on the Kremlin’s assets in the Mediterranean, remarked the Commander of the Naval Squadron, highlighting Italy’s synergistic operations within the Alliance and crucial role in securing the region’s waters

Passing the baton. On Wednesday, aboard the amphibious ship San Giorgio moored at the Mar Grande Naval Station in Taranto, Rear Admiral Riccardo Marchiò handed over the post of tactical Commander of Operation “Mediterraneo Sicuro” (Safe Mediterranean) to Rear Admiral Stefano Frumento. The ceremony was presided over by the Commander-in-Chief of the Naval Squadron, Admiral Aurelio De Carolis.

Watch out for Russia. The Kremlin’s naval units have repeatedly been spotted in Mediterranean waters over the past months. “The Russians are there, so it is up to us to watch the Mediterranean and closely monitor these ships,” noted Admiral De Carolis, remarking on the high strategic value conveyed by the Alliance’s messaging.

Italy’s eyes on the Med. The Atlantic Alliance has been playing Italian-led naval war games to enhance combat readiness in the area. And it recently chose the Southern Italian city of Taranto as headquarters for its Southern Maritime Command, which will focus on the Alliance’s Southern Flank – essentially, the Mediterranean region.

Securing the Med. Operation Mediterraneo Sicuro is an example of Italy’s commitment to sea security. It provides for the deployment of aerial and naval units that ensure presence and surveillance activities in the central and eastern Mediterranean to protect Italy’s national interests as well as maritime and energy security.