Home » The Biden-Putin summit according to LaPalombara 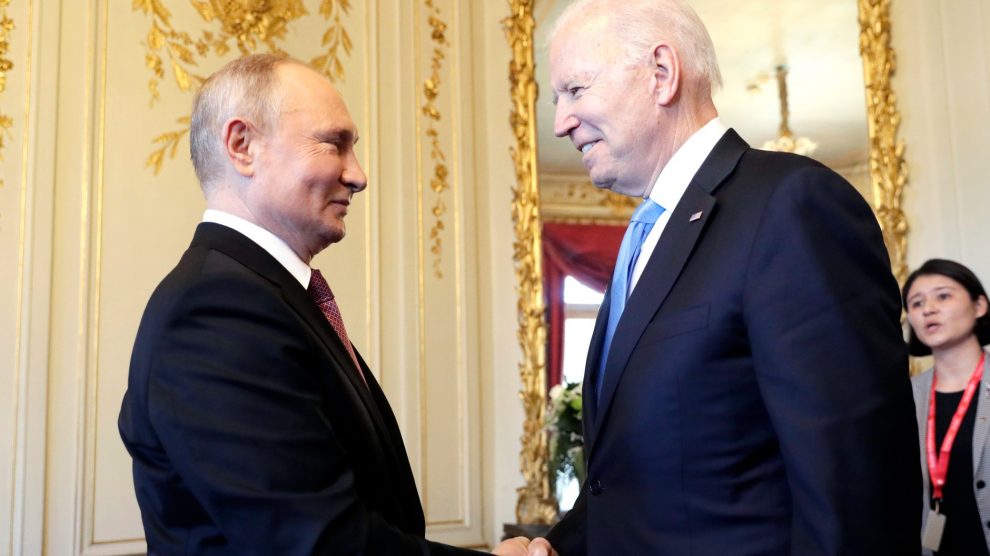 The historic meeting birthed small signals of mutual comprehension between Biden and Putin, who no longer has an ally in Washington. An analysis by Joseph LaPalombara, politologist and former Yale professor

The meeting in Geneva produced nothing to demonstrate that it was a sign of détente, or greater friendship between Russia and the United States. This was not Ronald Reagan, meeting with Gorbachev, almost forty years ago. Back then both men deeply believed that the Soviet Union, under Stalin and those who followed the later, was an “Evil Empire.” On the American side there may have been the false hope that Russia would one day be more democratic. Then little attention was paid to the fact that Vladimir V. Putin would one day abandon the NKVD and impose himself and his views on Russia.

Basically, the Geneva meeting was important for two reasons.  First, President Biden was able to tell directly to President Putin what it is about Russian behavior that the U.S. finds irksome and unacceptable. To emphasize equality, Putin was able to do exactly the same regarding American behavior. In that regard, the cyber war between these two powers will continue – but there is now less chance that it will escalate into a nuclear war. Indeed, it is significant that both men reiterated the basic fact that a nuclear encounter between these two powers is unthinkable.

The second reason for the importance of the Geneva meeting is that it took place. Unlike the recent past, when Putin could count on surprising praise and indeed support from the former U.S. president, those happy days for Russia are over. The White House is no longer going to pretend that Vladimir Putin is basically good for world harmony. Or that Putin generally speaks the truth or steers Russia towards non-violent international behavior.

It is equally significant that the aggressiveness of China was economically and militarily recognized by both Biden and Putin. That issue is certain to grow in importance. Nothing was formally agreed in Geneva to indicate how Russia or the U.S. are likely to react with respect to Chinese ambitions. But that aspect of the Biden-Putin interaction signals that Washington can worry just a bit less about the risk of an anti-American or anti-European Union aggression involving a joint Russian-Chinese attack.

Mutual concern regarding cyber warfare remains between the two nations. However, Putin can no longer count on an American president who openly admires him. Or who will publicly announce that he believes him to be telling the truth.

There was some banter on both sides regarding undemocratic behavior. Against political dissidents in Russia. Against excessive police behavior in the United States, underscored perhaps by the murder of George Floyd in Minneapolis. Of particular importance was the fact that, although the two men shook hands in the presence of Switzerland’s president, there was no joint press meeting and post-meeting get together to emphasize how well and positively the matter had gone.

From the American standpoint at least, that was not the intention of this international encounter. After all, following the Russian invasion of the Ukraine, the United States decided with other members to turn the G-8 of which Russia had once been a member into the G-7 from which Russia was deliberately excluded.  If there was any discussion or agreement about that in Geneva, we know nothing about it.

In broad international terms, Vladimir Putin can no longer count on an approving nod, or indeed, astonishing support, coming to him from the American White House. Indeed, Putin in Geneva had the nerve to minimize an attempted coup in the U.S. on the sixth of January, when a group of invaders, acolytes of an electorally defeated American demagogue and proven liar, sought to undo what had happened at the polls.

Alas, this means that world peace continues to depend on the good sense and good will of Vladimir Putin. Those in America who supported Joseph Biden for president probably never imagined that, in dealing with Russia, Biden would be as good as or even better than any of America’s earlier presidents.