Home » What role for Italy in the Ukrainian crisis? US experts respond 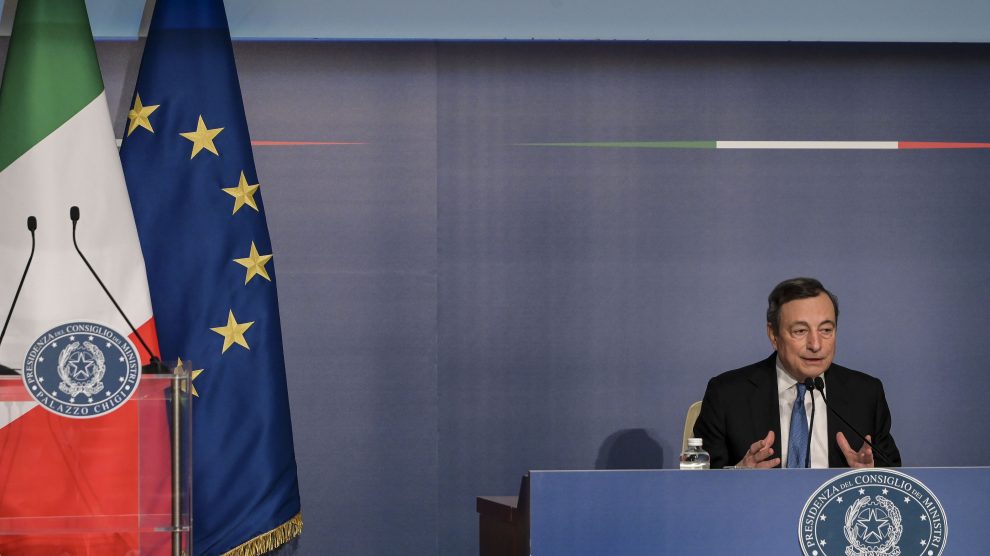 Ongoing tensions near NATO’s Eastern border highlight the Allies’ responses, as some Italian instances have befuddled international onlookers. We asked five high-profile commentators where they thought Italy should stand on current developments

Does Italy have a role in the Ukrainian crisis – and if so, is it a passive spectator or an active protagonist? There is no unanimous opinion among American experts.

Despite being a historical ally of NATO and the United States, it’s no mystery that Italy enjoys a solid relationship with Vladimir Putin’s Russia. However, in the ongoing escalation between the West and Russia, many wonder what role the EU founding country can play, if any.

“The best card Italy can play today is to make its voice heard within NATO and the EU,” Alexander Vershbow, former US ambassador to Russia and NATO deputy secretary, told Decode39. If it does so, he argued, it will find “particularly attentive ears in Moscow.”

Rome, he explained, is advantaged because of its frontline participation in NATO’s southern flank, from the Mediterranean to the Black Sea. “If Russia moves forward, [it] can demand a tough response and a strengthening of the Alliance’s commitment in the East and the Baltics.”

For the moment, however, it seems Mario Draghi’s government is sticking to another path. The prime minister (and former ECB head) has maintained an open line with President Putin in the past months. The two have spoken several times, and in December the latter declared that Italy could have “a leading role” in mediating.

Still, there is such a thing as being too cosy. Wednesday’s video conference between Mr Putin and a group of Italian entrepreneurs and large company leaders, centred on investments, has attracted criticism. The Italian government has distanced itself from the initiative, but the international backlash didn’t tarry.

Some onlookers in Washington are asking Rome to assume a tougher stance against the Russian threat. Such as Fiona Hill, an expert on Russia at the Brookings Institution and formerly at the top of the National Security Council with the Trump administration.

“I think a firm response from the Italian side is needed; that would be a big help,” she told Decode39, arguing that Rome should stand up for Ukrainian sovereignty and independence. Italy should “remember that what [Mr] Putin is doing has wider ramifications, work closely with France and Germany and outside the EU, with the UK, as well as with exposed countries like Norway and Finland.”

The Russians, said Ms Hill, “are not expecting an Italian intervention. They are hoping that friendly countries in Europe will not come out in favour of overly harsh sanctions.” The expert thinks the Kremlin “believes that Italy can be intimidated and separated from the rest of NATO and the EU.”

Brookings expert Constanze Stelzenmüller added that the position of the Italian government “weighs on those in Europe that must decide which and how many sanctions to impose against Russia; those trying to find a united front.”

A clear stance came from the Minister of Defence, Lorenzo Guerini. In an interview with the newspaper La Repubblica, he reiterated Italy’s commitments within NATO and the willingness to strengthen the Alliance’s eastern front.

According to Ben Hodges, a CEPA fellow and retired general who headed the US troops in Europe from 2014 to 2018, Italy can “make a difference” in NATO manoeuvres. “Starting with air patrol operations in the Black Sea and the Baltics, where the Air Force contributes to the rotational naval operations,” he told Decode39.

Moreover, General Hodges highlighted the “crucial role” of NATO’s United Forces Command in Naples, which oversees security in the Mediterranean and the Black Sea. He wished Italy would join France in sending NATO troops to Romania.

However, not everyone is convinced that Italy should be at the forefront of the clash with Russia. Elbridge Colby, an analyst and strategist who wrote the Trump administration’s National Defence Strategy, believes Italy should focus its efforts elsewhere.

“I hear talk of an Italian role in the Russian crisis: unlikely” – he tells Decode39. “An ally like Italy should instead take the reins in North Africa and the eastern Mediterranean, where the real threats to its national security come from, [such as] uncontrolled immigration and terrorism.”

Italy suspends military cooperation with Ethiopia, follows US lead
From the Baltic to the Med. Where the Italian military is deployed