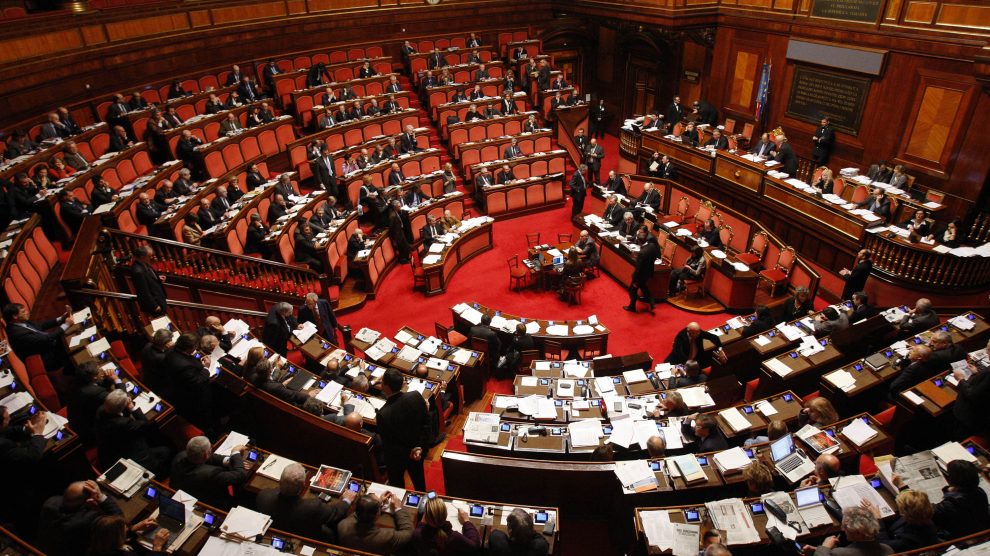 The ongoing Russian hostilities in Ukraine have prompted the Italian political forces to back a historic – and binding – increase in defence spending, in line with the NATO threshold, following similar decisions elsewhere in Europe

On Wednesday, the Italian Parliament voted overwhelmingly to raise defence spending to 2% of GDP, aligning with NATO’s desired threshold.

The draft on the defence budget – which became part of the wider Ukraine-related package – was presented by the centre-right League, underwritten unanimously by the Defence Committee and supported by all major parties, along with the vast majority of MPs.

The vote binds Mario Draghi’s government to pursue the target, increasing the defence budget to 37 billion each year within the next three to four years, starting with the 2023 budget law to be discussed in autumn.

This development follows PM Draghi’s call to increase defence spending on March 1, a week after Russia started its invasion of Ukraine. It is substantially in line with that adopted by other European States – namely Germany, Denmark and Sweden.

In his speech, the former ECB head had said that Russia’s invasion “marks a decisive turning point in European history” and shatters the illusion of “[taking] for granted the achievements of peace, security and well-being, obtained by the generations that preceded us with enormous sacrifices.”

The Kremlin’s sustained assault on a sovereign nation caused Italian political parties to perform a highly unusual show of unity. The same trend is reflected across the EU and the wider global West, whose actions to counter Russia have been surprisingly swift and highly coordinated.

Meanwhile, EU member states have been condensing year-long progress on strategic priorities – such as the build-up of a more efficient and integrated military response force – in a matter of weeks.

Along with individual, State-level actions, ongoing talks between EU leaders are likely to result in a more coordinated, integrated and ambitious European approach to several strategic issues, such as defence, energy and public spending, as anticipated by Mr Draghi himself at the informal meeting last week in Versailles.

Speaking with Airpress on Wednesday evening, MP Roberto Paolo Ferrari – head of the League in Parliament’s defence committee and main speaker of the draft law – hailed the vote as “historic.”

He noted that the new defence resources would mainly be earmarked for investment and operations, which had been “sacrificed, at the benefit of staff costs (which are harder to cut), for too many years”. The increased spending in this area, continued Mr Ferrari, will impact both the technological innovation and the employment in the Italian industrial sector positively.

“On the other hand, investment in the defence industry brings advantages in terms of technology and innovation. We have been told, time and again, that every euro invested in the sector has a multiplier effect that can return two or three euros in product development. Therefore, we believe that this could further boost the country’s growth.”

Previously, Italian General and former Defence Chief of Staff Vincenzo Camporini had anticipated that Rome seemed ready to follow Berlin’s example and carve up a bigger slice of its resources for defence purposes, after having been long stuck at 1.3% of GDP.

Alberto Pagani, Democratic Party MP and member of the Lower House’s Defence Committee, also agreed. He called reaching 2% a “strategic objective” for the country. While cautioning about Italy’s difficulty to fund such a shift, he remarked that such an investment would create value in technological research, which would trickle down into civic society. 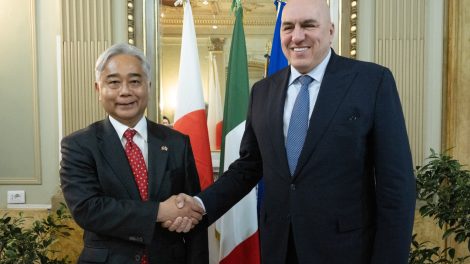 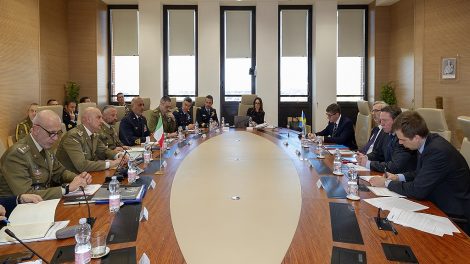 How Italy is strengthening NATO (and its eastern flank)
Keep a lookout: General Graziano warns of threats to Europe’s south