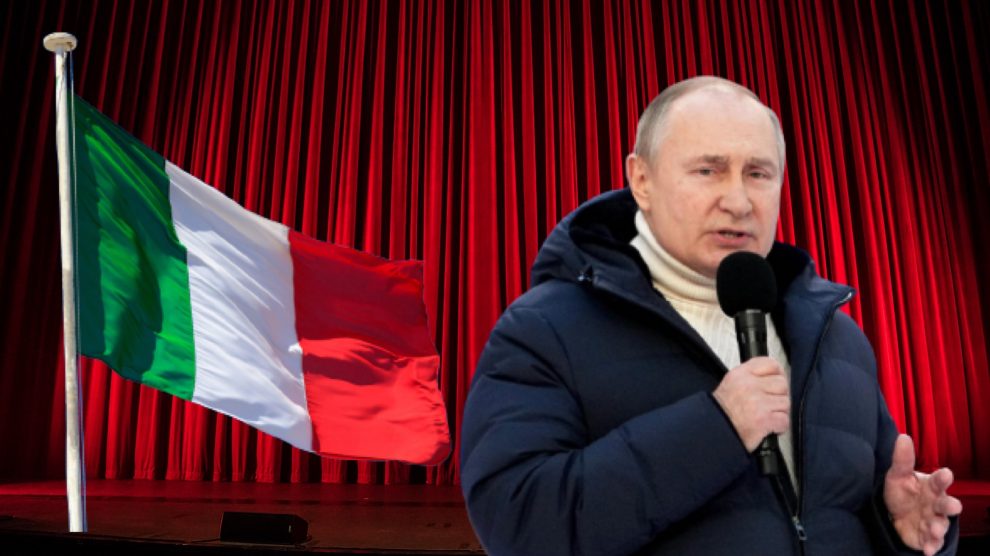 On Monday evening, some Italian personalities came together for a pro-peace political gathering at the Ghione Theatre in Rome. But their loosely connected stances generally blamed the West and NATO for the ongoing conflict in Ukraine

Moscow pacifism. The pro-Russia movement in Italy is veiling itself with the peace flag and becoming ever louder, their ideas moving from the recesses of the internet into the public discourse and coalescing into a recognisable front.

The theatrical release. On Monday evening, a very peculiar hour-and-a-half political gathering graced the stage of the Ghione Theatre in Rome. “Prohibited Peace” was organised by veteran journalist Michele Santoro and attended by artists, politicians, and mediatic personalities, who voiced their desire to end the war in Ukraine.

Yes, but: the outcome was less of a pro-peace initiative and more akin to an anti-NATO, anti-US, even anti-Ukraine parade, served with ample doses of populism and conspiratorial thinking. Some loose takeaways one would gather from the event:

Reversing the truth. Going by this logic, the Ukrainian people’s suffering would actually be NATO’s fault, and the West should step back from supplying the Ukrainian resistance. This line of reasoning, which closely mirrors the Kremlin’s own line, creates an ideological basis for a NATO-bashing exercise.

Who aired it? The event was live-streamed on Byoblu, a longstanding “independent news” channel founded in 2007 by Claudio Messora, former head of the Five Star Movement’s Senate political communication.