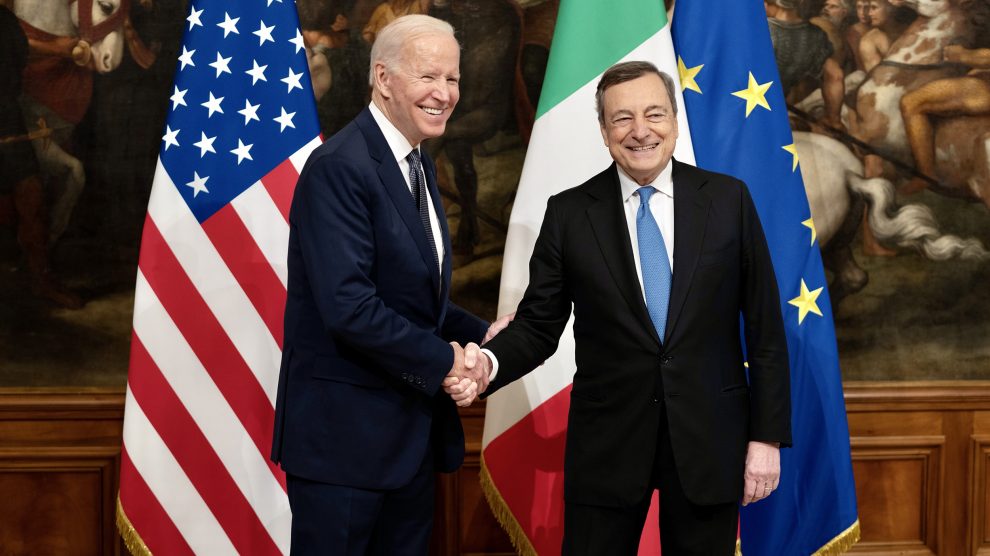 Not your usual diplomatic visit. In normal times, Mario Draghi’s trip to Washington DC – scheduled for Tuesday – would have been business as usual, i.e. a PM visiting a friendly and allied nation. But these are not normal times.

In comes the counterbalance. Given this context, when he steps into the White House, Mr Draghi won’t just visit US President Joe Biden as an allied PM: he’ll lend legitimacy to Italy’s pro-Ukraine stance, and the consequent actions, within the wider West.

Holding the line. With the concreteness and pragmatism befitting an economist, the former ECB head will defend the work done so far and what’s yet to be done.

NATO MISSIONS: among the cards at the PM’s disposal is Italy’s prominence in the security of Europe and the Mediterranean, from NATO missions in the Baltics and Eastern Europe to intelligence and military projection in the East-Mediterranean area, North Africa and the Sahel.