Home » From Atlanticism to the Constitution: the Italian Dems’ narrative shift 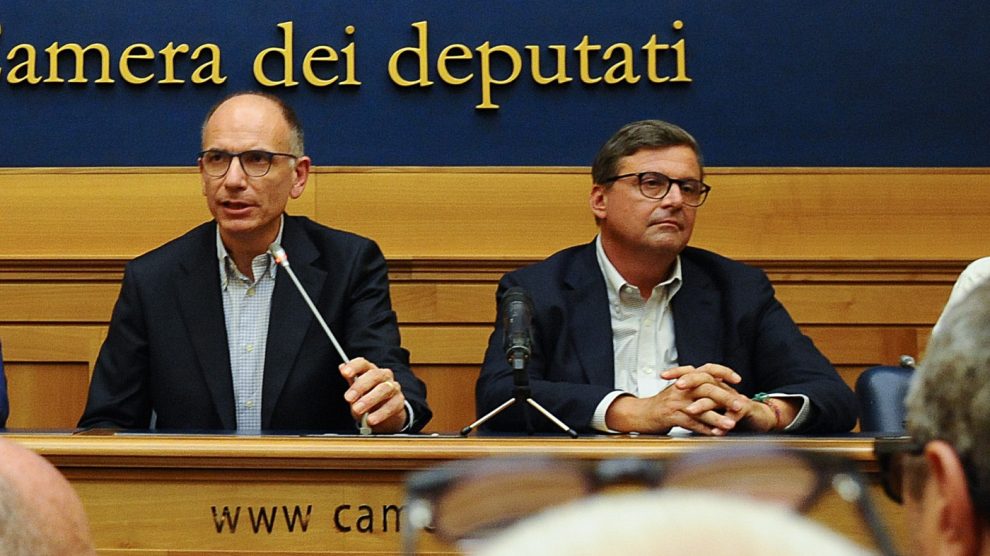 The centrist Calenda walked away from his alliance with the Democratic Party, who chose to stick with the Greens and the Italian Left – both proudly anti-Draghi and anti-NATO. A novelty for the ongoing electoral campaign marked by Russian shadows over the fall of the government

The short-lived centre-left alliance. On Sunday, Carlo Calenda – leader of the centrist party Azione – announced his decision to walk away from an electoral deal with the centre-left Democratic Party it had signed just days before.

The Russian connection. Mr Draghi’s Atlanticist foreign policy was perhaps the centrepiece of his government. And observers of Italian politics – most recently, the Financial Times’ Amy Kazmin – did not gloss over the fact that the most pro-Russian forces brought about the end of Mr Draghi’s government in Parliament.

An uncomfortable position. The matter of Atlanticism (and, more broadly, the “Draghi-style agenda”) carries added weight in the parties’ alignments as they vie to find the best path toward the September 25 elections. However, given Mr Letta’s will to maximise his party’s electoral gains (which in turn requires allies), that matter is becoming burdensome.

The narrative turn. As a consequence, the Democratic Party’s messaging is turning inwardly. Until recently, it cast itself as a progressive force in the international “Biden vs Putin” contest and a supporter of the Draghi-style agenda. Now, it’s all about contrasting the right-wing coalition at all costs and protecting the Constitution: a classic, if stale and domestic, left-vs-right narrative.

A matter of alliances. This tonal shift is also due to Mr Letta’s alliance with some manifestly anti-NATO, anti-US and anti-“Draghi-style” forces, such as the Italian Left (whose leader recently voted against Finland and Sweden’s NATO accession) and Green Europe.

What’s more, it could lead the Dems to rekindle ties with the Five Star Movement, a former ally they ditched after its actions in Parliament directly led to Mr Draghi’s fall. Especially because, as rumours have it, the most Russophile elements of the 5SM’s area won’t run for Parliament.

We’re not fascists. What Meloni, Italy’s likely next PM, said
Italian elections, international crises and the future of Atlanticism