Home » The Russian threat in the Med: Italy’s Chief of Defence speaking 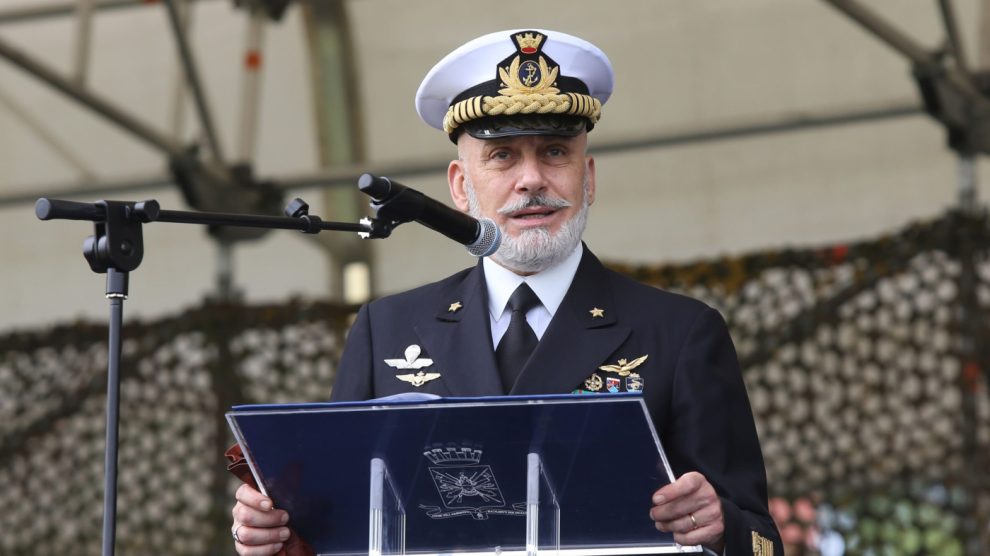 Admiral Cavo Dragone recounted how the Italian Navy repelled the Russian ships sailing through the Adriatic Sea. The episode highlighted simmering tensions in the Mediterranean, where the Russian presence has been growing

The Med’s heating up. “There is constant competition in the Mediterranean. The old idea of peace no longer exists: we go straight from competition to crisis, which risks turning into conflict.” Thus spoke Admiral Giuseppe Cavo Dragone, head of the Italian Armed Forces, in an interview to Repubblica where he detailed the recent naval standoff between Russian and NATO forces off the coast of Italy.

What happened? The Russian Navy certainly didn’t set up a blockade of a key choke point, the Otranto Channel, as some outlets reported. And what went down wasn’t a confrontation between NATO or US forces and the Russians, noted Admiral Cavo Dragone. “It was a patrol operation, immediately countered by the action of the Italian Navy.”

Building up presence. Such episodes have increased in frequency since the invasion of Ukraine, said Mr Cavo Dragone, who recounted how the Russian forces are increasing their assets in the Mediterranean.

Italy’s response is usually “very dynamic, with contributions from all the allies,” he continued. “In April, two [Russian] Kilo submarines approached the NATO fleet in the Ionian Sea but were spotted by Italian frigates from day one. We kept them on sonar for ten days, then a French unit took over from ours. In the submarines, they heard our sonars pinging them – that is, framing them: they realised they couldn’t escape detection, and they left.”

Look out: when peace will be achieved in Ukraine, continued Admiral Cavo Dragone, “there will be a major reverberation in the Mediterranean, and we will have to deal with it for a long time. Because this is where Moscow’s sources of supply are, because North Africa is an area that the Russians want to destabilise and we must move to prevent this. From the coastal states to the Sahel, Russian activity is known and will manifest itself with greater intensity in the coming years.”

What about Ukraine? The head of the Italian Army doesn’t believe a military solution is possible. “Kyiv will never be taken, but the Ukrainians will not have the strength to regain all the territories occupied by the Russians,” he argued. He does expect a breakthrough – “I cannot say when, perhaps October” – as “the losses on the ground are terrible and [the Ukrainian people will realise] it has become a static war, with catastrophic devastation for the civilian population.”

Defence on the Italian ballot: comparing the centre-right and centre-left
The Kosovo-Serbia flare-up: as tension heightens, Italy patrols