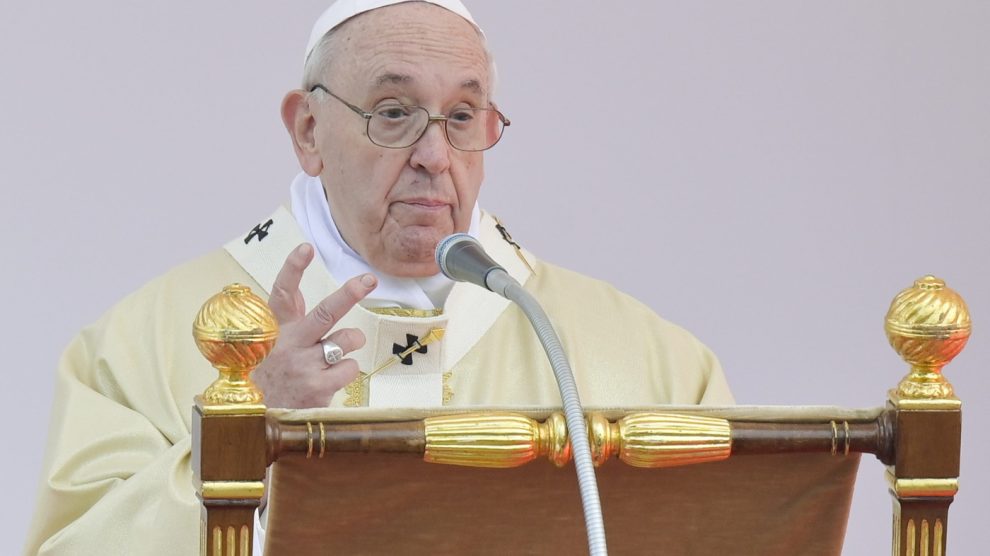 Driving the news. On Tuesday, the Vatican released a communiqué seeking to clarify Pope Francis’ position on the Russian war in Ukraine. It came as a response to the backlash elicited by his words on the assassination of Darya Dugina, which “provoked controversial reactions at the political and institutional level in Ukraine.”

The premise: “the Pope speaks as a pastor who defends every human life, and not as a politician.” This, says the statement, is the lens through which his numerous interventions concerning the war must be viewed.

Having said that, the Vatican’s statement refrains from any sort of ambiguity. “Regarding the large-scale war in Ukraine, initiated by the Russian Federation, the interventions of the Holy Father Pope Francis are clear and unequivocal in condemning it as morally unjust, unacceptable, barbaric, senseless, repugnant, and sacrilegious.”

Consistency is key. This is not the first time the Holy See has made its position on the Kremlin’s invasion abundantly clear. Secretary of State Cardinal Pietro Parolin even spoke in support of arming the Ukrainian resistance multiple times.