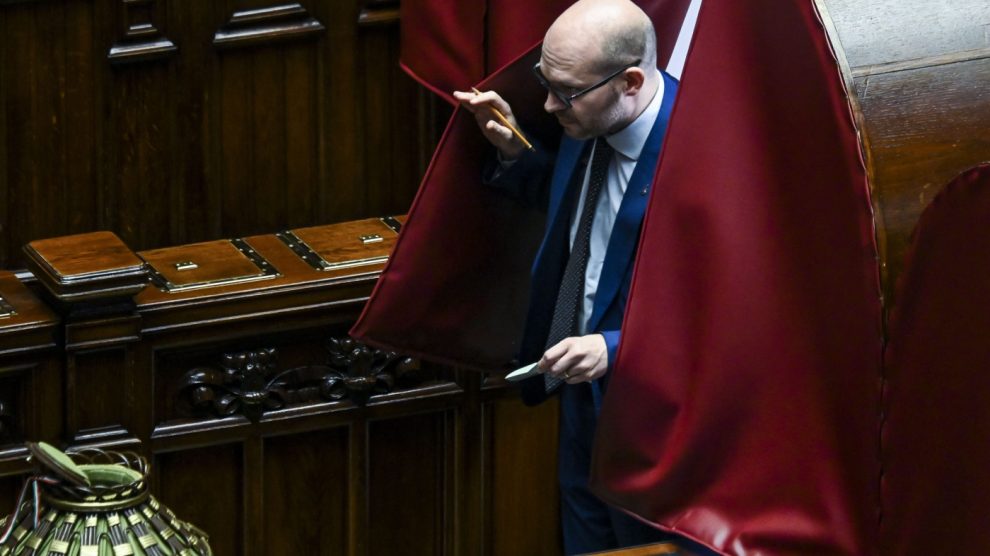 Lorenzo Fontana, a close ally of the League’s Salvini, was one of the “international observers” at Crimea’s sham referendum in 2014 and repeatedly criticised sanctions. Despite the unflattering optics, some argue the institutional post may “neuter” his pro-Kremlin leanings. Here’s what it means for Meloni’s government

Lorenzo Fontana, a close ally of the League’s leader Matteo Salvini, is the new Speaker of the Lower House in Italy, the State’s third-highest official.

A profile. Mr Fontana was elected to the Lower House in 2018 and became deputy speaker. He was Minister for Family and Disability in the first government led by Giuseppe Conte, formed by the Eurosceptic and anti-establishment parties Five Star Movement and League. In 2019, in the final weeks of that government, he was Minister for European Affairs.

A Putin admirer. Mr Fontana is a strong admirer of Russian President Vladimir Putin. In 2014, he was one of Crimea’s “international observers” of the sham referendum. He has repeatedly campaigned against sanctions: in September 2014, he wore a “No sanctions against Russia” in the European Parliament along with Mr Salvini.

To break the stalemate over the name of next Chamber of Deputies speaker (3rd most important post in Italy’s institutions) Salvini’s Lega proposes former MEP Fontana. The pic you’ll see everywhere in the next hours is of him wearing a t-shirt against sanctions on Russia from 2014 pic.twitter.com/6MwmHnI7do

The Verona-Moscow connection. In 2017, Mr Fontana became deputy mayor of Verona, his hometown. In Verona, he participated in the events organised by Conoscere Eurasia, an association led by Antonio Fallico, honorary consul of the Russian Federation in Verona and president of Banca Intesa Russia. After recent international developments, the Verona Eurasian Economic Forum will relocate to Baku this year, as previously reported by Decode39.

Troubles for Meloni? During a CEPA event, Lewis Eisenberg, former US ambassador to Italy under the Trump administration, stressed the “crucial importance” for Ms Meloni – likely the future prime minister – to appoint the “appropriate” people for the new government.

Pros and cons for Meloni. The Lower House speaker’s office in Italy differs from his counterpart in the United States (just think of Lower House Speaker Nancy Pelosi’s visit to Taiwan, and the reactions that ensued).

Meloni and Brothers of Italy touch on antisemitism, stand by Jewish community
The first day of Italy’s new Parliament: a round-up