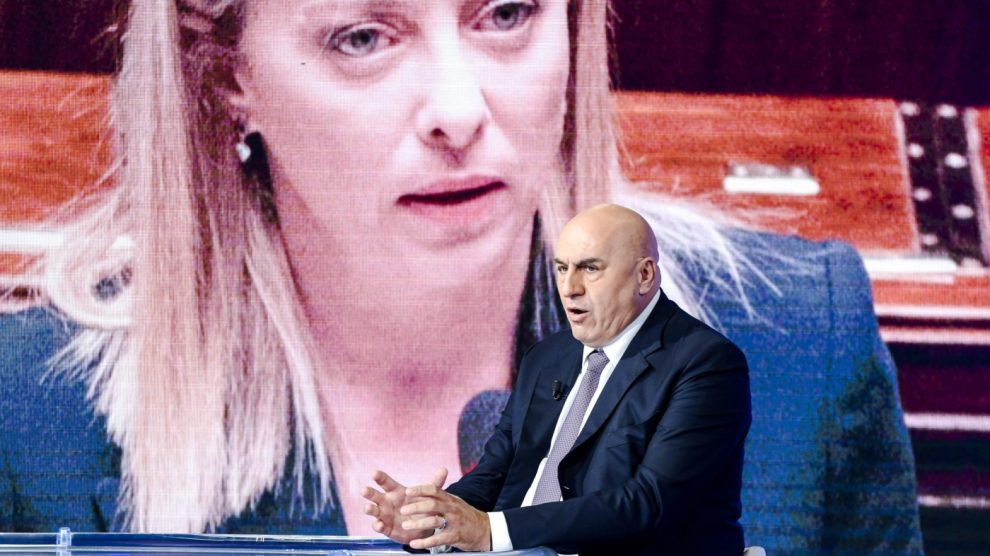 Her government committed to supporting Ukraine, in continuity with her predecessor Mario Draghi. However, the sixth weapons package is reportedly on standby, at a time that will prove to be a crucial test of Italy’s foreign and defence policy

Some background. Last week PM Giorgia Meloni spoke with Ukrainian President Volodymyr Zelensky. She “renewed the Italian government’s full support for Kyiv,” including via military aid, and probably touched upon Italy’s sixth weapons package, which was rumoured to be in the works.

What (military) aid? As disclosed by Repubblica last week, the last decrees passed by former PM Mario Draghi committed to delivering the most technologically advanced weapons to Ukraine. It included the self-propelled MLRS (Multiple Launch Rocket System) and the PzH2000 (an advanced type of artillery system), as well as Lince armoured vehicles, used to free Ukrainian cities.

Sending mixed signals. “There is no new military aid package for Ukraine under consideration at present,” was the message issued yesterday by the Italian Council of Ministers and the Ministry of Defence. As published by il Messaggero – quoting government sources – this should not be mistaken for a change of course of Ms Meloni’s government.

According to the newspaper, there are three main reasons for the standby:

Not the usual suspects. The League’s Matteo Salvini – currently the Deputy PM and Minister of Infrastructure – continues to call for peace conferences and to block Italy’s aid to Ukraine. Meanwhile, Silvio Berlusconi’s Kremlin-leaning leaks already generated embarrassment in the newly-formed government. Five Star Movement leader, Giuseppe Conte, has also opposed a new military aid package for Ukraine. However, neither of them appears to have anything to do with the current decision.

Debunking truth from hearsay. Il Messaggero quotes government sources stating military aid for Ukraine is on standby “because we must coordinate with NATO on Ukraine’s specific military requests first. Only at that point will we be able to decide which weapons we can provide Ukraine.”

Russia’s botched blame game. The contents of Italy’s military aid package were partially revealed on Monday. That story caused Russia’s Ambassador to Italy, Sergey Razov, to peddle a brand-new piece of disinformation. “I do not exclude that Italy also deployed men [to Ukraine]”, he said from the stage of the Verona forum in Baku.

Bottom line: the coming weeks will be a crucial test of PM Meloni’s government and her ability to bring forward her foreign affairs and defence policies.

The road to peace entails weapons to Kyiv. Meloni’s commitment
From Draghi to Meloni. Tracking the Italian military support to Kyiv