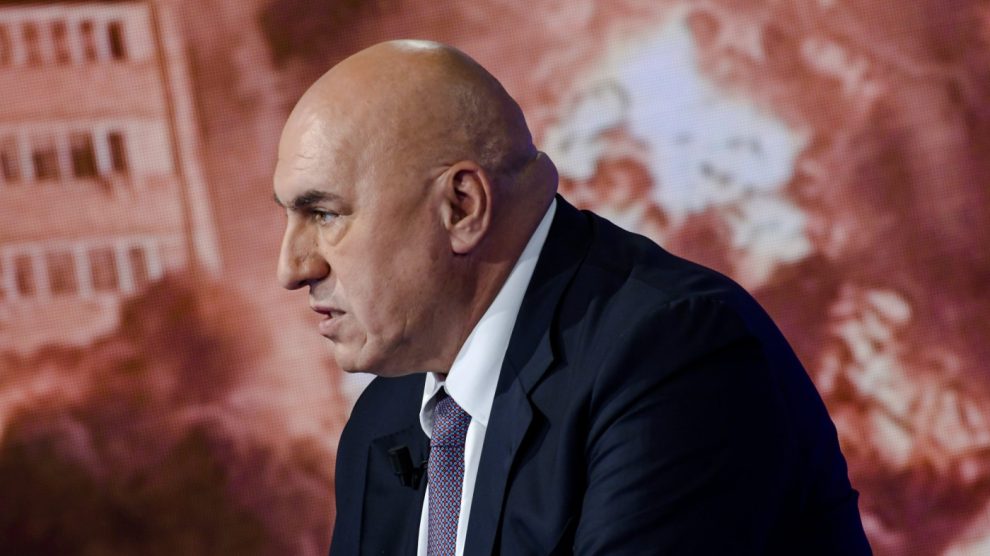 At the G7 meeting in Germany, Foreign Minister Tajani met with US Secretary of State Blinken “to speed up the delivery of the latest package of Italian assistance” to Ukraine. Defence Minister Crosetto said Rome would continue to help Kyiv in the face of the Russian invasion and slammed the “pacifism” of those who push for halting military aid

Diplomacy at work. On Friday, the United States Secretary of State, Antony Blinken, met with Italian Foreign Minister Antonio Tajani in Munster, Germany, during a G7 meeting. He thanked him for his commitment to sustaining Italy’s strong support for Ukraine.

“I admire pacifists, but we’ll still send weapons”. That’s what Defence Minister Guido Crosetto told Avvenire on the eve of a pro-peace rally in Rome. The event will feature prominent politicians – such as the Five Star Movement’s Giuseppe Conte – who openly campaign against sending military aid to Ukraine.

Seeing through the parade. The minister issued a thinly-veiled shot at those attempting to instrumentalise the demonstration. “Wave your flags. Shout your ideas loudly. It is always right and always nice to defend what you believe in. But you must know that […] the world of defence wants peace just as you want it.”

“Peace is never free”. That’s what Prime Minister Giorgia Meloni told the Houses of Parliament during the confidence vote, when asked about the alleged contradiction of talking about peace and preparing to greenlight a further increase in military spending (by 2028, it will rise from 68 million to 104 million every day).

Standing by their promises. The previous day, Minister Crosetto had spoken with his Ukrainian counterpart Oleksij Reznikov and confirmed Italy’s continued support. When asked by Avvenire about the sixth weapons package, which was reportedly put on hold, he reckoned that Italy’s military aid would be delivered like the previous times since the situation in Ukraine hasn’t changed.

Italy remains a “loyal ally” of the US. The defence ministers’ call
How Meloni’s government is dealing with the new military aid package to Ukraine