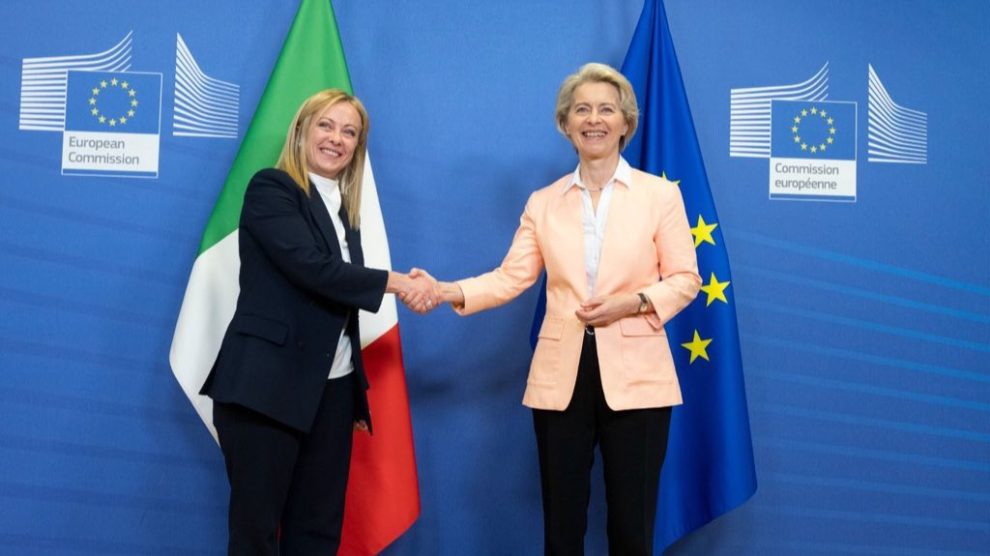 In her first meeting abroad, the new Italian PM shook hands with top EU officials and cast herself as assertive yet reliable and cooperative. Here’s why you should expect substantial continuity with PM Draghi, with some notable exceptions

EU’re welcome. Giorgia Meloni’s first trip abroad happened on Thursday evening in Brussels, where she got to shake hands with the top European officials. Ms Meloni met with the heads of the European Parliament, Commission and Council – Roberta Metsola, Ursula von der Leyen, and Charles Michel, respectively – and sat down for what she later called “frank” and “constructive” talks.

Chances and challenges. Ms Meloni and the Euro-leaders touched base on the most pressing issues. Essentially, she intends to start from the blocks laid down by her predecessor but will pursue a few different roads along the way.

The road ahead is rocky with the energy and cost-of-living crises, the Russian war in Ukraine and the broader geopolitical instability. The Italian PM knows it and also knows that Italy’s best course of action is to row together with its Euro-Atlantic partners and ensure proper representation of Rome’s interests within this framework.

Migration takes centre-stage (again) as Rome clashes with NGOs
First contact: Meloni’s trip to Brussels (and what lies behind it)