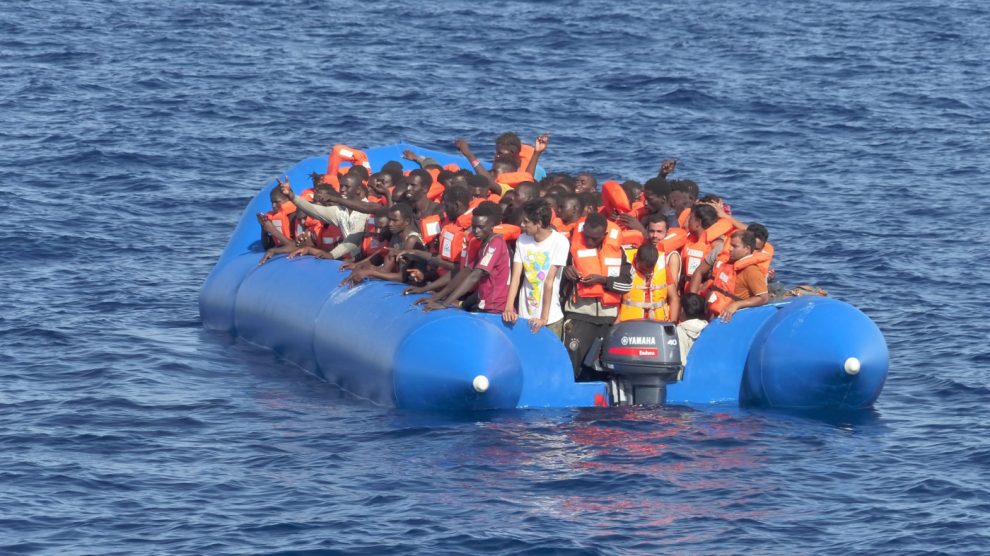 While he allowed “vulnerable” refugees to disembark over the weekend, Interior Minister Piantedosi looks set to maintain the government’s hard line on migration. Here’s why the numbers tell a different story, how PM Meloni might use the issue to elicit European solidarity, and why that might backfire

Rome and NGOs tussle. Migration is again a flashpoint issue for Italy, as its new right-wing government seeks to take a much stricter stance on border control by clashing with non-governmental organisations carrying rescued refugees to Italian ports.

The numbers. As of Monday, 572 rescued migrants (more than half of those rescued since October 20) are still being held aboard four NGO ships and denied access to Italian soil. In that same period, according to the Ministry of the Interior, almost 11,000 people landed through small, undetectable boats. In other words – as estimated by ISPI’s Matteo Villa – roughly 11% of migrants arrive in Italy via NGO ship.

Kind of a flashback. The government-NGO clash is making headlines as if it were 2018, when the League’s Matteo Salvini (currently Minister of Infrastructure) was Minister of the Interior and followed the same essential playbook – although he was less quick in granting humanitarian aid to vulnerable people, which caused him to be put on trial. That’s still ongoing.

Meloni & Salvini praise the pope. On Sunday, the pope praised the government’s efforts to let women and children disembark. He also said that any government “cannot do anything without agreement at the European level and European responsibility,” and called on member States to agree on how many migrants they can receive, stating that only four countries – Cyprus, Greece, Italy and Spain – are shouldering that weight.

What’s the endgame? In the government’s broader scheme, this approach is most likely geared at pressuring EU member States to aid Italy on this issue. Help could come via burden-sharing and relocations (which are still voluntary within the EU) and/or EU support for more assertive patrolling actions in the Mediterranean (i.e. Europe’s Southern border), which PM Giorgia Meloni called for in her inaugural speech.