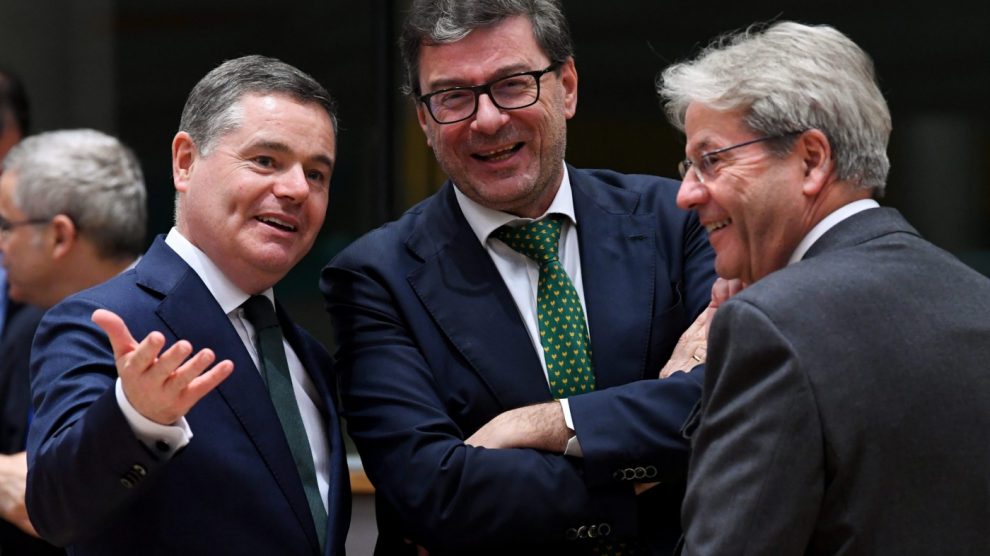 Italy’s new Minister of Economy and Finance is a known and respected face in Brussels, where he travelled to meet with his EU counterparts and offer assurances on the new government’s reliability. He stressed the need to tackle the energy crisis jointly and touched upon the Stability Pact

Meet Italy’s Minister of Economy. On Monday, Giancarlo Giorgetti, in his newly appointed role of Minister of Economy and Finance, held his first informal minister’s meeting in Brussels. The official Economic and Financial Affairs Council (ECOFIN) awaits him on Tuesday to discuss the EU’s economic developments and fiscal policy.

Italy’s economy, as outlined by Giorgetti. Monday’s meeting was slated to centre on budgetary measures to mitigate the impact of high energy prices and the policy priorities of the Italian government. The Economy Minister, as is practice, shared with his counterparts the budget and economic policies of Giorgia Meloni’s new government.

Paolo Gentiloni’s take. The European Commission for the Economy and former Italian PM offered his take on Italy’s next budget law, as reported by Askanews. “I trust that there will be an attitude of great caution, as is right for countries with high debts. Of course caution does not mean not taking the measures we can on energy security. We have signalled to all high debt countries that while there is an attitude of great caution, there may be exceptions for the energy emergency, and we ask that these exceptions be as targeted as possible.”

Political dynamite? Another test looms on the horizon: the ratification of the new treaty on the European Stability Mechanism, a voluntary emergency fund that became extremely contentious in Italy – and against which both Ms Meloni and Mr Salvini campaigned very hard, depicting it as a peril to the country’s economic sovereignty.

Is the Franco-German detachment a chance for Euro-Atlanticist Italy?
Migration takes centre-stage (again) as Rome clashes with NGOs