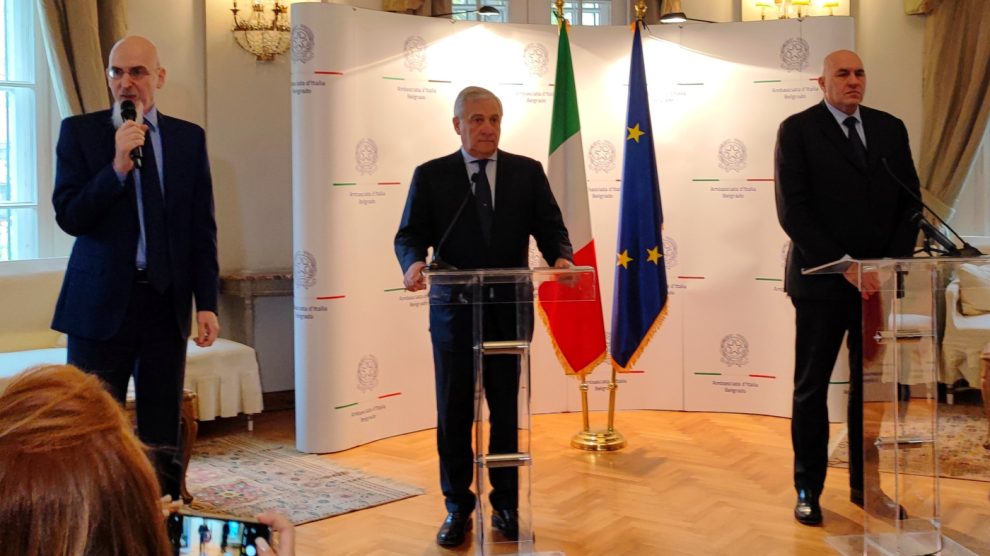 Rome’s Ministers of Defence and Foreign Affairs are engaged in high-level talks to defuse escalating tensions and check on NATO Mission KFOR, where Italy makes up the bulk of forces. Meanwhile, Russia looms behind the tensions: read our expert take

Crosetto and Tajani travel to the Balkans. Italy’s Defence and Foreign Ministers made their way to Serbia and Kosovo on Tuesday, to engage in high-level talks to foster dialogue amid escalating tensions and the potential for a violent outbreak.

In case you missed it: Belgrade and Pristina are embroiled in a row over licence plates, based on ethnic tensions; protests erupted over the summer. The EU’s mediation failed, with foreign affairs chief Josep Borrell criticising the two countries’ leaders for refusing to defuse the situation.

The Italian connection. Rome is uniquely placed in this tussle due to its significant contribution to peacekeeping operations in the area, especially NATO’s Operation Kosovo Force (KFOR). Italian forces have been on the ground since the operation’s start in 1999 and have been instrumental in its functioning.

The expert’s take. “The ‘Balkan powder keg,’ […] continues to be an area of latent instability that, unfortunately, is now dangerously close to the war situation in Ukraine following the Russian invasion,” wrote Giovanni Castellaneta, Italy’s former Ambassador to the US, on our sister site.

The NATO angle. The Russian war in Ukraine strengthened Kosovo and Bosnia-Herzegovina’s resolve to join the Atlantic Alliance, noted Matteo Bressan, Professor of International Relations at LUMSA and SIOI, speaking to Decode39. And Russia opposed that just last year.