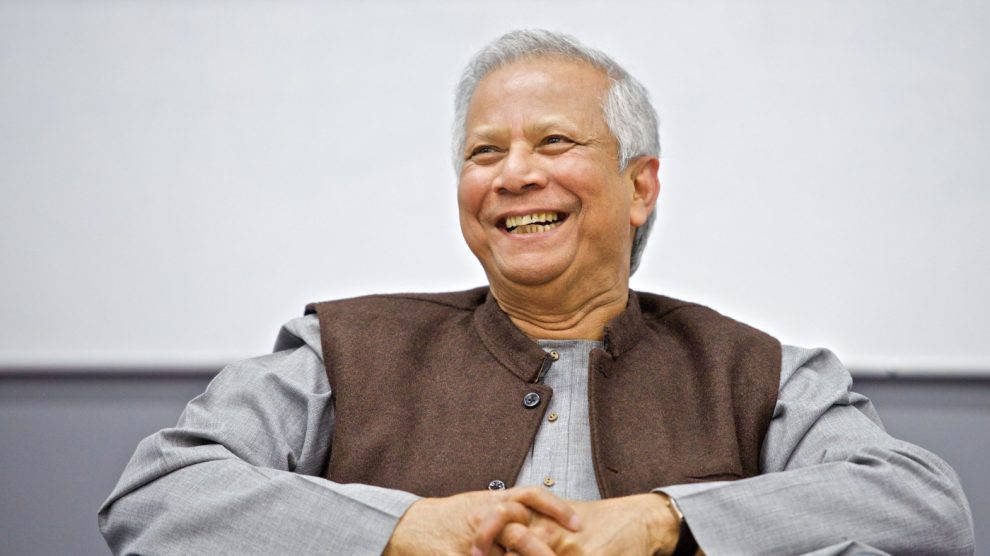 In this exclusive interview, the famed economist – who announced the opening of a Social Business Centre at the University of Turin – touches on the nature of globalisation and details how individual action, including through business ventures, can address the world’s three biggest problems: unemployment, poverty and climate change

Turin will have a Yunus Social Business Centre. On November 7, the city’s University announced it would set up the academic hub, a local division of a wider network, geared at enhancing and coordinating the many research and public engagement activities in the field of ethical finance and sustainable economy.

Shortly after, Decode39 reached out to Professor Yunus for an interview. Here it is, lightly edited for the sake of clarity and readability.

The individual is the key. We have to change ourselves to change the world. Every single person on the planet contributes to all three mega-problems – unemployment, poverty, and global warming – both knowingly and unknowingly, in small and massive ways. We must recognise that if we bring our individual contribution to zero in each field, we can create a three-zero world.

We, as Three Zero Global Centre, are promoting a programme among young people to create three zero clubs. Commitment of the club members is to turn themselves into three-zero persons by bringing the contribution of each to unemployment, poverty, and global warming to zero. We should continue to work on all fronts, at the business fronts, conceptual fronts, and government fronts, to make it attractive to create and invest in social businesses.

How do you assess the situation of globalisation today, in light of the Covid-19 pandemic and the war in Ukraine?

Covid-19 pushed us to a new realisation that there is no global village; the world is made up of isolated islands. When chips are down, everybody gets busy taking care of themselves. The Ukraine war has turned into a war on humanity. It has turned our priorities upside down. Resources allocated to fight global warming are forcedly diverted into war preparations. Immediate survival became more important than ultimate survival. Not a single person in the world is spared from the harsh impact of the Ukraine war. In a way it has become a one-sided “world war,” the whole world is under attack by one country.

Are you still persuaded that globalisation is part of human nature?

Human beings are proud of their own local identity, as well as being part of a global community. But the word “globalisation” came from a different direction. It came from political or economic colonisation. Uneven relationships should not be called globalisation, which should be based on friendship, sharing and caring. Profit-maximising economics cannot achieve that. They aim to take advantage of others’ weaknesses, not help overcome them. That is the business of social business. The future world should be a world of social business.

How can social inequalities be reduced in this context?

The present economic framework has a built-in mechanism to push wealth to the top. In this system concentration of wealth is recognised as success. As a result, the vast majority of people are left at the bottom with no or insignificant wealth. It is the outcome delivered by the design of the system, not a failure of the system. In order to undo wealth concentration, we need to build a new system which will reverse the process – it will bring and keep people and wealth together at all times, not create a process of creating a continuous distance from each other. Including the concept of social business in the economic framework will be the beginning of that process. The present framework does not represent human nature. It is an unnatural and artificial system. Human nature is based on sharing and caring, not grabbing.