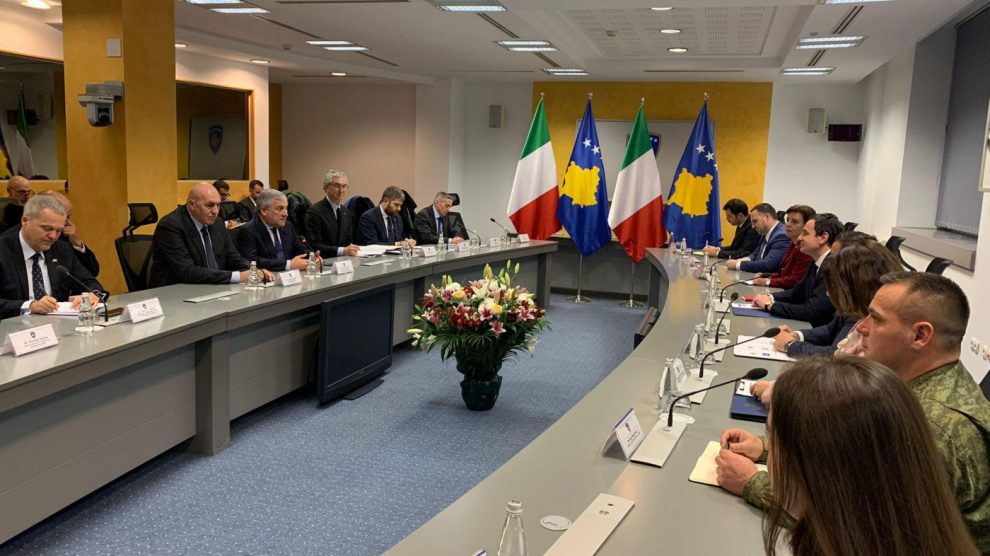 As tensions rose, two Italian ministers travelled to the Balkans to foster diplomacy. Rome is positioning itself as the key player in the two countries’ stabilisation and European integration, explains ISPI’s Giorgio Fruscione

We have a deal. Late on Wednesday, Kosovo and Serbia countries reached an agreement to de-escalate a dispute over car number plates – the latest flashpoint in longstanding tensions between ethnic-Serb citizens and Pristina – which could have resulted in a violent outbreak.

It was a joint effort. While the EU brokered the deal, Kosovo’s President Vjosa Osmani noted it would have not been possible without the involvement of the United States, which pushed for a deadline extension on Monday. And Italy, which is heavily engaged in local peacekeeping operations, also played an influential part.

Personal stakes. The situation remains complex because of the tensions’ root causes, noted Giorgio Fruscione, head of Balkan analysis and research for the Italian institute for International Studies (ISPI). As he told Decode39, the leaders “are interested in mere domestic political reasons, rather than in regional political issues” – i.e. propping themselves up as defenders of their respective national interest, while cashing in consensus and international credibility.

The Russian connection. Contrary to popular thinking, and unlike its years-long entente with Serbia, Moscow isn’t directly interfering with this matter, added the expert. Instead, Russia “is trying to benefit indirectly from the dynamics” by occupying the vacuums created by regional instability.

Italy’s role in the Balkans, noted Mr Fruscione, is dual. The first aspect involves the Italian contingent in the KFOR mission, “both the most substantial and the one most appreciated by the local population.” The second entails international diplomacy, “where Italy has a role as the primary sponsor of Balkan integration into the EU; a role that has been renewed with the ministers’ recent visit.”