Home » Italy’s Defence, between NATO and the Med. Conversation with MP Minardo 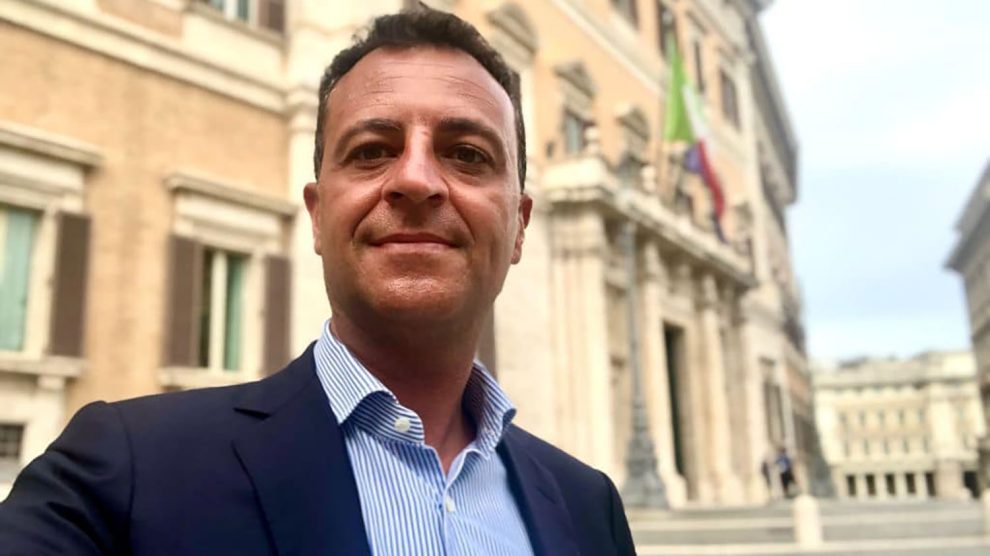 In this exclusive interview, the newly appointed chairman of the House Defence Committee details Italy’s role as Mediterranean bridge country “with a mediating and pacifying vocation,” as well as the government’s intention to hit NATO-wide funding targets and its positive repercussions for the domestic industry

Here are a few key excerpts from our interview to Nino Minardo, the newly appointed chairman of the House Defense Committee. Read the full interview below.

On Parliament passing the decree-law to extend military aid to Ukraine by Christmas. “It is the goal we gave ourselves when the decree-law was published. As [Defence] Committee, clearly, we are fully mobilised in this regard.

On upping Defence spending to 2% of GDP. “The House Defence Committee will do everything in its power to facilitate the achievement of this goal […] We have a duty to provide our country with [the] necessary security framework, which we may achieve starting by not widening the gap with the other major powers of the Atlantic Alliance.”

On Italy’s military approach. “It is a priority to think about a system of Armed Forces capable of integrating with those of the other countries of the Organisations of which Italy is a member, in order to play an increasingly leading role in them, starting with the commitment in the NATO framework.”

On Italy’s approach to the Med. “We should not forget that the war in Ukraine has political and military repercussions on the Mediterranean quadrant […] The area has a dual strategic significance, both for the military issue of NATO’s “southern flank” and for the terrorist infiltrations that, from that politically unstable area, can reach Italy first, and then Europe.”

“The crisis in Ukraine, the wider Mediterranean, the situation in Libya and the entire African continent: they all increasingly underscore the picture of a globalised world, where conflicts and the inevitable fallout for the civilian population challenge the commitment of Western democracies to maintaining stability and peace and safeguarding freedom and human rights.” Antonio “Nino” Minardo, the newly appointed chairman of the House Defense Committee, projects his thoughts into the future. Born in 1978, a Sicilian member of the League with years of political commitment behind him.

“I think before anything else that politics must serve the state and its citizens. And in this, the Armed Forces’ women and men have given proof and testimony of their silent commitment to the community,” he explains. One example above all: the pandemic period. Never before has their contribution been so decisive and supportive of the national health system as in these years. The Armed Forces have faced this serious emergency with humanity and professionalism, without neglecting the tasks of defence and security of the national territory.” The conflict in Ukraine, then, “demonstrates how large-scale crises can affect the community unpredictably, with consequences for international stability.”

Does such an uncertain picture require a constant, consistent strategic positioning in terms of overall defence and security?

I think the regulatory areas that characterise the actions of the Defence sector require increased attention. I am referring, albeit in a general way, to such matters as the organisation of the Armed Forces, the legal and economic status of military personnel, and the endowment of personnel and means, which must be seamlessly adapted to the challenges of the moment.

The fallout of the Russian aggression against Ukraine will continue to bring about adverse effects. Do you think it’s possible to contain them in a complex geopolitical system of primary strategic interest to Italy?

It is certainly not an easy situation for Italy and Europe. The Russian-Ukrainian conflict can heavily impact the prosperity and security of every country, with particular regard to, just to name one, the energy sector. With this in mind, it is a priority to think about a system of Armed Forces capable of integrating with those of the other countries of the Organisations of which Italy is a member, in order to play an increasingly leading role in them, starting with the commitment in the NATO framework. We also must not forget Italy’s decisive role in the scenario of nations to achieve world peace.

The Council of Ministers approved the decree-law extending the authorisation to send military aid to Ukraine. Its approval does not imply a sixth aid package, which, as Defence Minister Guido Crosetto repeatedly reminded us, will have to go through a parliamentary debate. Is this practice the right way to handle the issue of aid to Ukraine?

Even considering the provisional nature of the decree-law instrument, the parliamentary way is always the right one. I am convinced that Parliament can and should be the place where the commitments made by our country take on more strength and meaning.

Will you be able to convert the decree-law published on Friday into law by Christmas?

That is the goal we gave ourselves when the decree-law was published. As [Defence] Committee, clearly, we are fully mobilised in this regard.

How will the Committee support reaching 2% of GDP for Defense?

The House Defence Committee will do everything in its power to facilitate the achievement of this goal, which, I recall, is determined by the current international political conjuncture of crises and tensions with unpredictable implications. We have a duty to provide our country with that necessary security framework, which we may achieve starting by not widening the gap with the other major powers of the Atlantic Alliance. Also – and this does not seem to be a minor detail – the increases in investment needed to reach the 2% goal would also have positive implications for domestic and related industries.

Beyond the Ukrainian conflict and without minimising its value, Italy should maintain a high level of attention and interest in what is happening in the Mediterranean.

Absolutely, also because we should not forget that the war in Ukraine has political and military repercussions on the Mediterranean quadrant – the “wider Mediterranean” always remains a hot front for our country. The area has a dual strategic significance, both for the military issue of NATO’s “southern flank” and for the terrorist infiltrations that, from that politically unstable area, can reach Italy first, and then Europe. Moreover, we must not forget that Italy carries out, under the aegis of the UN, NATO and the EU, numerous missions in the Mediterranean Sea that are fundamental for ensuring the security and defence of the entire area. In fact, the Strait of Sicily is also central to the safety and stability of the Old Continent as the crossroads of the leading trade routes between the Atlantic and Indian oceans, a hub of licit and illicit trafficking and interests, as well as being crossed by submarine network cables. All reasons why it absolutely must be staffed by the European riparian countries.

You come from the land of Giorgio La Pira, the “holy mayor” of Florence, born in Pozzallo, a friend of Enrico Mattei and promoter of the Mediterranean Colloquies in the Tuscan capital itself. Notwithstanding different political, social and cultural contexts compared to the 1950s and 1960s, do you think that a La Pira-like way of peace can be travelled?

Look, precisely on Italy’s vocation, role and mission in the international arena, since La Pira is quoted, it is only right to recall how in 1958 he spoke of Italy as “the only country in the Christian West toward which the attentive sympathy and the living hope of all the non-Christian countries of the Mediterranean and, in a certain sense, of the world is turned.” The reference was also to Asia and Africa. La Pira considered Italy a “bridge country” with a “mediating and pacifying vocation.” I think there is still room for a great role for Italy and the Mediterranean.

In September, the Senate Defense Committee approved six programs under the Defense General Staff’s Multi-Year Program for modernising ships, air and land units. How will Parliament support this effort to ensure the continuation of the initiated programs?

The programs aim to keep Italy among the technologically advanced countries within the Atlantic Alliance. They are ascribable to an established strategic vision that has found consensus and support in every legislature – consensus and support that clearly will not be lacking in this legislature, as well as in the Defense Commission and Parliament.

It is the Armed Forces representing Italy at Qatar 2022, where the Italian military is present with Operation Orice. Please tell us how they operate and your read of their presence there.

Orice is the bilateral mission to support the Qatari Armed Forces for the security of the Fifa World Cup 2022, scheduled from November 20 to December 18. Our military took part in “Watan 2022,” the multinational inter-force and inter-agency exercise sponsored by the Qatari prime minister for “Fifa Qatar 2022,” which simulated a wide and diverse type of interventions aimed at countering and neutralising any possible threat arising from the emergence of potential internal and external risks that could undermine the smooth running of the historic event. We participated with specialised units belonging to the Army, in close cooperation with Turkey and the US, which deployed to the port of Hamad, Qatar’s central logistics hub. The entire Italian joint task force is composed of about 500 Italian military personnel, including the Carabinieri, who the Defense Inter-Force Summit Operations Command coordinates. In the field are 46 land vehicles, a Navy ship and two Air Force aircrafts. This is a prestigious operation that confirms the worldwide reliability of the Italian military apparatus and perhaps also a small consolation since our national soccer team is not in Doha for the World Cup.

Italy won’t turn away from Ukraine. Meloni and Crosetto’s words
NATO to choose Taranto for its Southern Maritime Command