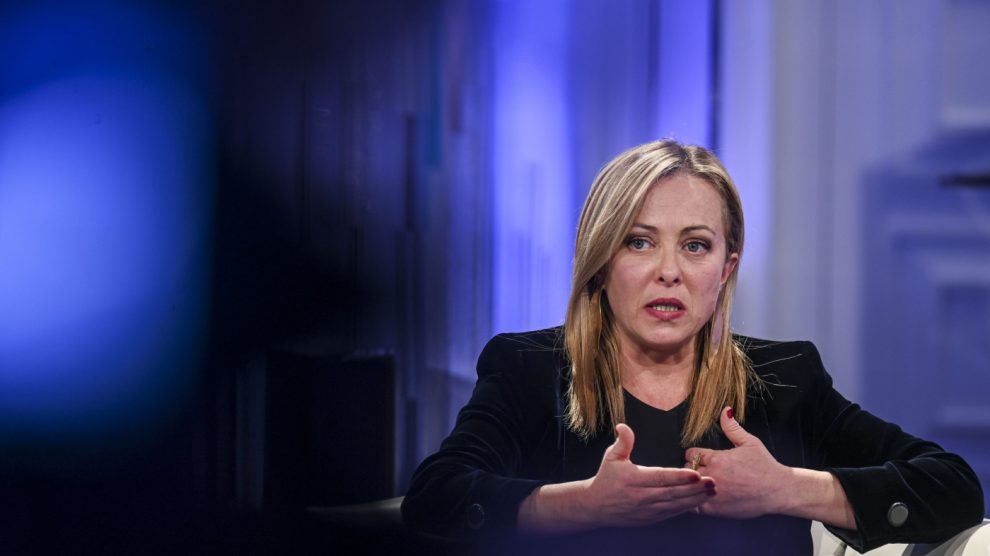 The Italian PM highlighted the “excessive” dependence on US protection and stressed the importance of “strengthening investments.” Music to the ears of Washington, as it pushes to bolster deterrence and intervention capabilities – in Ukraine today; Taiwan, Libya or Serbia tomorrow

Time to up our contribution. With the war in Ukraine “we have realised our too many dependencies […] energy dependence on Russia, but also our over-dependence in security on the US,” said Italian Prime Minister Giorgia Meloni on Thursday at the Foreign Ministry’s 15th Ambassadors’ Conference, where she stressed the importance of “strengthening security investments.”

The French connection. Ms Meloni’s statements follow those of French President Emmanuel Macron (“[the EU must stand] within NATO, with NATO but also without depending on NATO”). And they are music to the ears of the US, whose message is clear and has become louder with the Russian invasion of Ukraine: invest more to strengthen deterrence and intervention capabilities. Today it’s Ukraine; tomorrow, it could be someplace else, such as Taiwan or Libya or Serbia.

Yes, but how? Simply enough, Rome intends to bolster the EU’s strategic autonomy by reaching the 2% of GDP defence target (today, Italy is at about 1.5%, roughly €25 billion, half of which is used to pay salaries). To reach it, it must field at least another €8 billion before 2028, so roughly by the end of the legislative term.

Finding the money. The government’s willingness to speed up on reaching the target is clear. The “fulfilment of the commitments made in the Atlantic Alliance, including on the adjustment of defence appropriations” was high up on the rightwing coalition’s election programme.