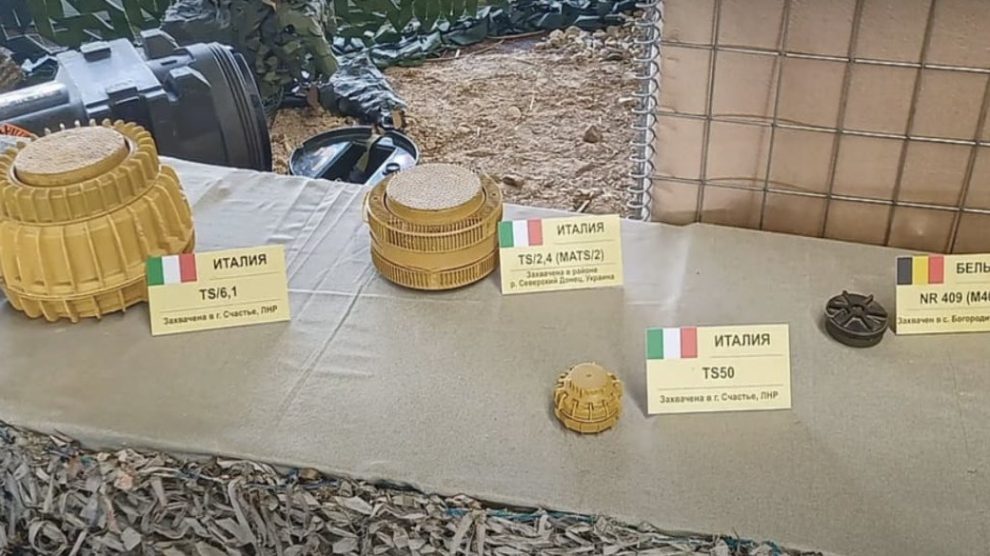 The Russian Embassy repeated allegations that Rome has been supplying anti-personnel mines to Kyiv, rejected by Defence Minister Guido Crosetto as “false, unfounded, and seriously disparaging”

The Italian Defence’s response. In a communiqué seen by Decode39, Defence Minister Guido Crosetto remarked that the Russian Embassy, “like the Russian Foreign Ministry […] is lying knowing that it is lying,” sought to clarify the tweet’s “deliberately misleading, untrue and seriously disparaging information,” and warned Russia and its diplomatic terminals against continuing to propagate false news on the subject.

Setting the record straight. “The mines reproduced in the tweet (1 anti-personnel and 2 anti-tank) resemble Italian-made Valsella/Tecnovar mines, which cannot be Italian for a multitude of reasons,” stated the Minister.

Striking the same chord. On Wednesday, Russian Foreign Ministry spokeswoman Maria Zakharova (who has a history of baseless attacks against Italy) claimed that Rome had supplied anti-personnel mines to Ukraine. The Russian Foreign Ministry also turned down Italy’s efforts to mediate, noting that Rome “is helping the bloody regime in Kyiv” and has an “aggressive anti-Russian” posture.