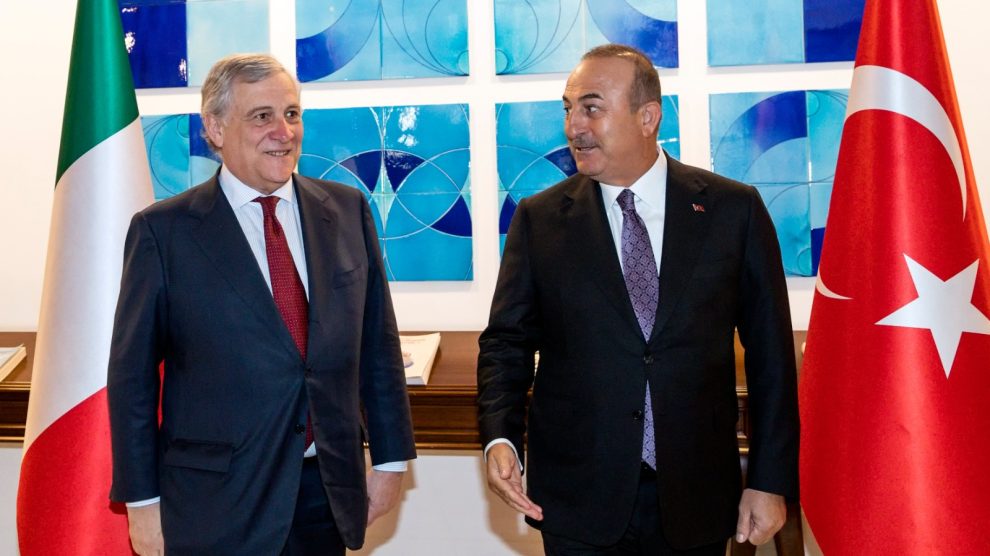 Rome is seeking to up its engagement in the wider Mediterranean and expand bilateral cooperation with crucial countries to address migration, boost stability and strengthen commerce. While Prime Minister Meloni plans to visit Algeria, Foreign Minister Tajani travels to Turkey, Libya and Tunisia (and Defence Minister Crosetto reached Azerbaijan). With experts comments from Arturo Varvelli (ECFR)

Italy’s increased focus on the MENA area. As Prime Minister Giorgia Meloni stated at the Rome Med conference in December – and as Deputy Foreign Minister Edmondo Cirielli told us this week – the government is keen to build a newfound centrality in the wider Mediterranean area and step up its engagement with countries in the Middle East and North Africa region.

Meloni in Algeria. By the end of the month, the Italian PM will make her first official bilateral visit abroad in Algeri, where she’ll most likely meet her counterpart Aimen Benabderrahmane. Quite possibly, she might also shake hands with President Abdelmajid Tebboune – as her predecessor Mario Draghi did multiple times in 2022.

Tajani in Turkey… Meanwhile, on Friday, the Italian Foreign Minister (and Deputy Prime Minister) initiated a Mediterranean trip by touching down in Ankara to meet his counterpart Mevlüt Çavuşoğlu and discussing a host of matters, especially migration, security and commerce. Later, Minister Tajani thanked Minister Çavuşoğlu for the meeting; he stressed that “the fight against illegal immigration is a strategic priority of our governments,” as well as stabilising Libya, and that the two countries are “working to strengthen our economic relations.”

… Libya… Minister Tajani’s next (announced, as of yet undated) stop will be Tripoli, where political strife and conflicting factions are still preventing a unitary government from taking shape and holding elections. Italy, within the United Nations and European Union frameworks, is working in that direction.

… and Tunisia. The Italian Foreign Minister’s last stop will be Tunis, another capital plagued by institutional tremors. Notwithstanding the Tunisians’ dismal public participation figures, President Kais Saied’s efforts to consolidate power in his own hands are encountering some roadblocks from the opposition and civil society. Meanwhile, the country remains in the grips of a long-running economic crisis.

Rome cranks up the pressure on Chinese police stations
Italy, US seek convergence on green subsidies amid EU-wide woes