Home » Beyond energy. Italy and Algeria seek a strategic dialogue 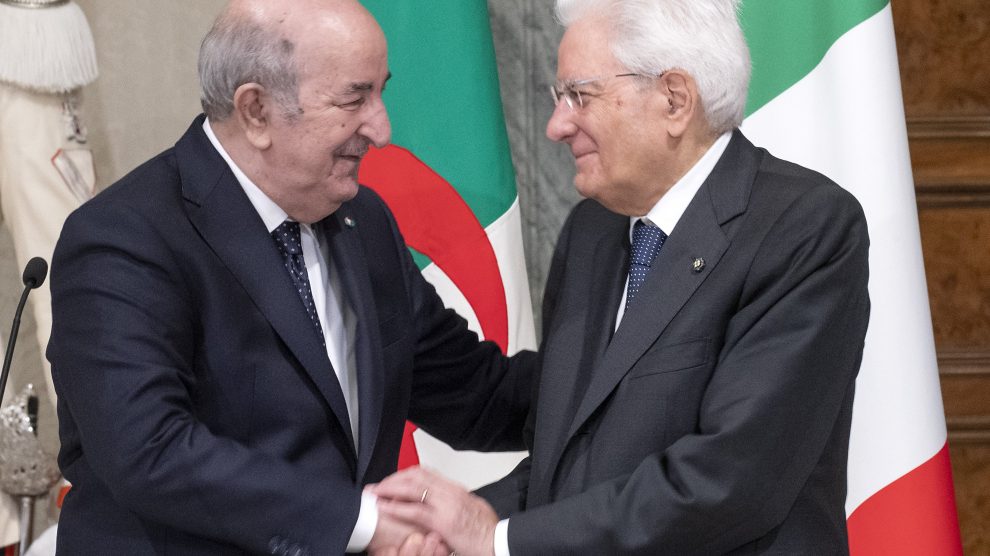 Algeri and Rome are deepening their economic ties (chiefly through gas trade) and expanding their political and strategic dossiers. As Algerian President Tebboune is on State visit to Rome, here’s a rundown

See you at mine. PM Draghi had travelled to Algiers to finalise that deal. On that occasion he invited President Tebboune to Rome: on Wednesday, he touched down in the Eternal City.

Beyond the headlines. Professor Toufik Bouqaida, who teaches political science at the University of Algiers, told Decode39 that the visit is happening under rather exceptional circumstances. Both because of the Russian war in Ukraine, with its effects on security and energy in Europe, and the situation on the southern shore of the Mediterranean.

Investments and know-how. Ali Qureshi, a journalist specialising in economic affairs for the Algerian news channel Echorouk, told Decode39 that the Italo-Algerian rapprochement is accelerating on the economic level, and it’s bound to broaden: “ties of friendship, cooperation and strategic political dialogue are being strengthened.”

The Libyan issue. Algeria is seeking a new pragmatic relationship with Europe, based on mutual interest, that can drive transformation. It started with the economy, through gas, now it’s set to expand along the two countries’ alignment on third-party dossiers. Such as Libya.

Ukraine and Finland, free destinies. Ambassador Hickey speaking
Italy, the EU and the Gulf. The future according to Ardemagni and Varvelli