Home » After Putin’s escalation, Conte blames Zelensky (and looks back at Xi) 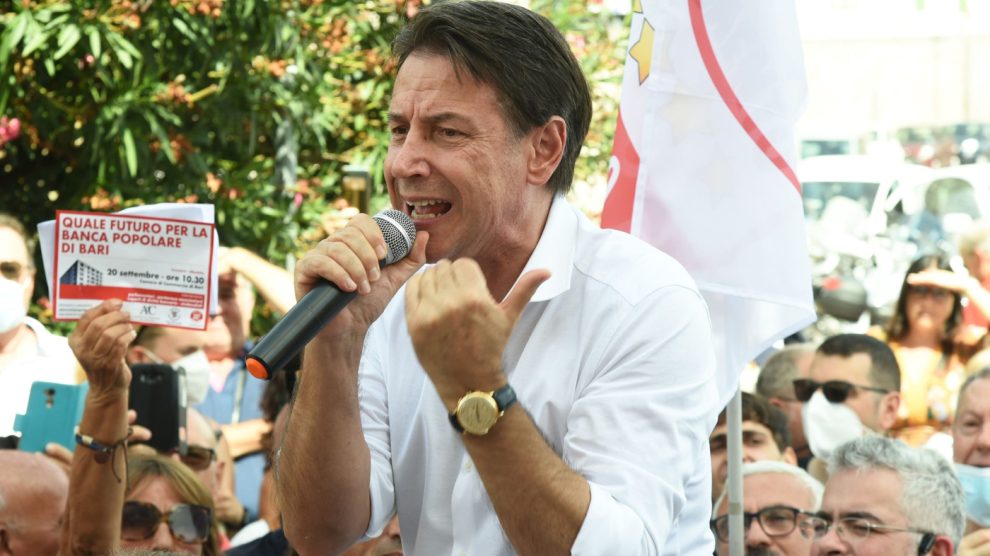 The head of the Five Stars Movement accused the Ukrainian President of rooting for the war to escalate and pointed the finger at PM Draghi and Meloni, the election frontrunner, over military aid. He also defended his past flirts with China

Ukraine’s driving the escalation, according to Conte. On Wednesday, Western leaders – including the Italian PM, Mario Draghi – roundly condemned Vladimir Putin’s escalation of his war against Ukraine. Italian politicians, who are in the last days of the elections campaign, generally fell in line. One notable exception: Giuseppe Conte.

With Draghi, against Draghi. After supporting Mr Draghi’s government as it approved four weapons packages, the 5SM sparked its collapse. Likewise, Mr Conte has been fluctuating between supporting and opposing that government’s Euro-Atlantic alignment.

Conditioned reflex. Although Mr Conte ostensibly supports the Ukrainian resistance (enough to rejoice when it re-conquered parts of the country), he opposes sending more weapons to Kyiv.

China, too? In 2019, when he was Prime Minister, Mr Conte signed a Memorandum of Understanding with Xi Jinping that caused Italy to join the Belt and Road Initiative – the only G7 country to do so. And although Italy has since backtracked, the 5SM’s leader told La Stampa he’d sign it again.

Russian Embassy speaks like Salvini, three days before the elections
Why Putin’s mobilisation opens a new phase in the war against Ukraine