Home » Stand with Ukraine. The Italian President speaks to the parties 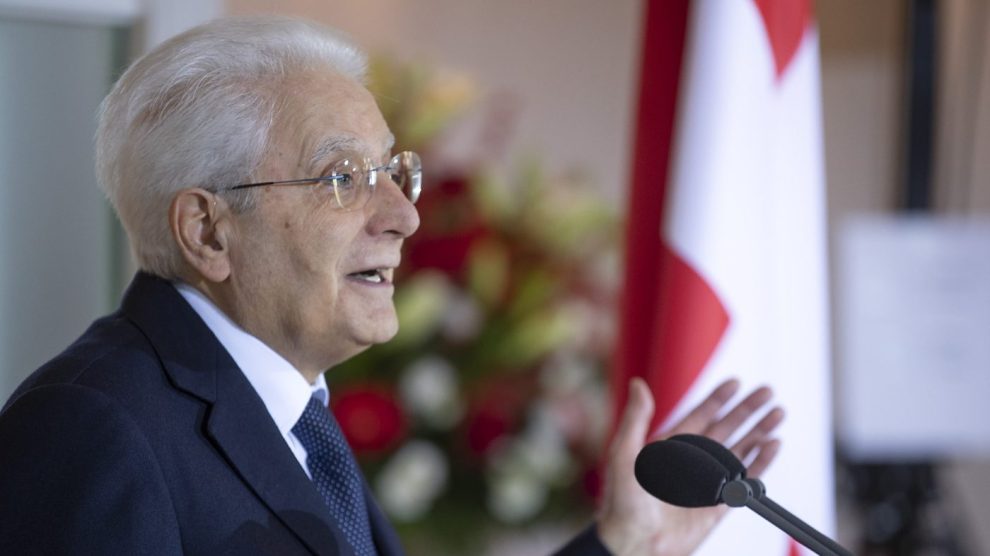 While President Mattarella called on democracies to unite in contrasting Russia’s threat, the government moved to extend Italy’s military supplies to Ukraine by another year – while calling on the opposition to support the measure

President Mattarella calls for unity in the face of Putin. “The threat posed by Russia to the peace and the security of our continent requires from all democracies, particularly those in Europe, a renewed impulse of unity and cohesion.” Thus spoke President Sergio Mattarella on Tuesday while in Bern, before meeting his Swiss counterpart Ignazio Cassis.

Government moves to extend military aid to Ukraine. The Draghi-era law authorising the government to send weapons and equipment to Ukraine will expire at year’s end. While the President spoke, the Minister for Parliamentary Relations, Luca Ciriani, discussed the matter with the party’s group leaders, who gave assurance they would allow for a speedy extension of that law.

Russia chimes in – with infowar. In an attempt to influence the process and cast doubt on the utility of military supplies (as it’s done before), the Russian Embassy in Italy posted on Twitter a picture showing an Italian-made vehicle lying on its side in a blast site.