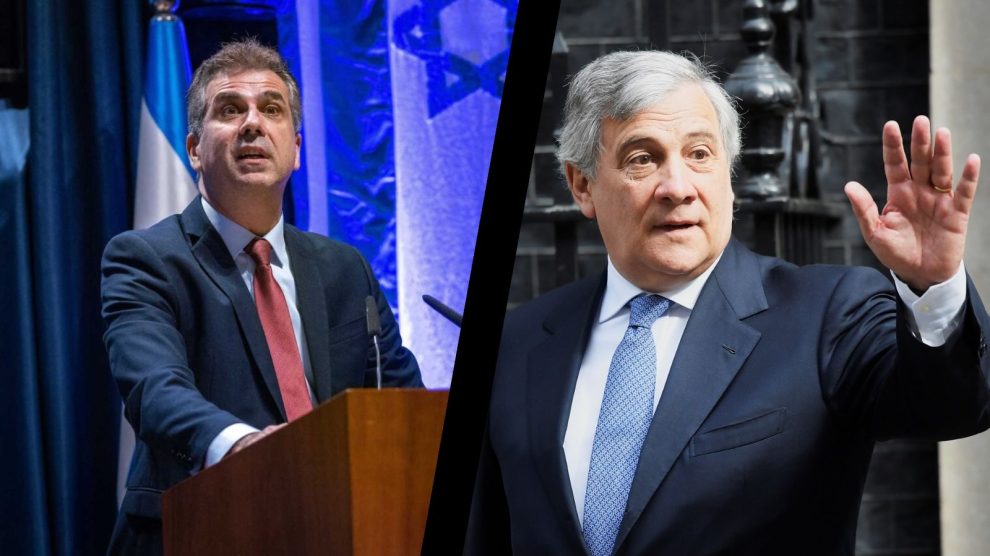 In a phone call, the two foreign ministers reaffirmed their commitment to peace and stability in the Middle East and their will to foster economic and industrial ties. Diplomacies are working for a government-to-government summit in Jerusalem

The Cohen-Tajani call. On Monday, Italian Foreign Minister Antonio Tajani (who’s also Deputy Prime Minister) spoke with his newly-appointed Israeli counterpart, Eli Cohen, over the phone. In renewing his congratulations for the post, Mr Tajani “reiterated the importance that Italy attaches to the security of the State of Israel and stressed our [Italy’s] commitment to peace and stability in the Middle East,” as noted in an official readout.

The Iranian dossier. During the call, Minister Tajani again expressed concern regarding the developments in Iran and reiterated Rome’s firm condemnation of Tehran’s ongoing human rights violations. Minister Cohen thanked him for Rome’s decision to define Hezbollah’s armed wing as a terrorist organisation and expressed his hope that the same would happen with the Islamic Revolutionary Guard Corps, according to the Israeli note.

The Palestinian issue. The Israeli FM also conveyed his gratitude for Italy’s decision to vote against a United Nations resolution requesting the International Court of Justice to issue an official opinion on the territorial issues between Israel and Palestine concerning Israeli settlements in the West Bank.

Growing ties. FM Tajani also announced his intention to visit Israel soon to strengthen the bilateral partnership in every area, especially economic and industrial cooperation. His counterpart reiterated that Israel is interested in promoting and expanding the “good and cordial relations” between the two countries in the fields of economy and trade, technology, innovation, culture and tourism.