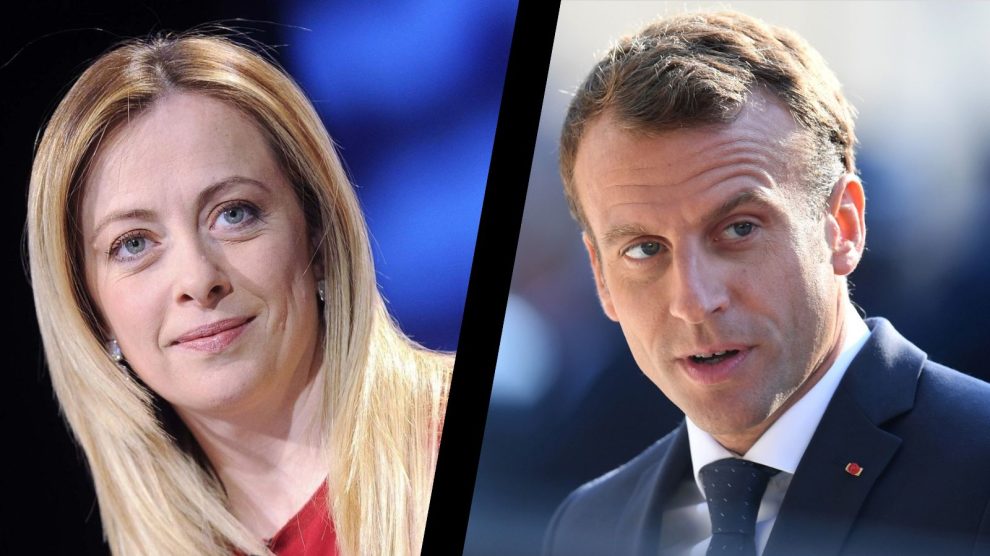 The Italian and French leaders touched upon the main issues on the EU’s agenda, confirming their support to Kyiv, their will to protect European industries and finding shared solutions to control the bloc’s external borders. Also, Ukraine’s President confirmed PM Meloni will travel to Kyiv “soon”

Rome and Paris talk specifics. On Tuesday, Italian Prime Minister Giorgia Meloni had a “cordial telephone conversation” with French President Emmanuel Macron, according to the official readout, which notes the two “discussed the main issues at the centre of the European and international agenda.”

Supporting Kyiv. During the phone call, the two leaders reiterated their will to ensure “full support for Ukraine,” which – as Defence Minister Guido Crosetto told Decode39 – is military as well as civilian and humanitarian in nature.

By the way: Decode39 was able to preview Tuesday night’s conversation between Ukrainian President Volodymyr Zelensky and Italian journalist Bruno Vespa, where the former confirmed he was “very much looking forward” to PM Meloni’s upcoming trip to Kyiv – which we revealed last week. “I cannot announce the date,” he said, “but [she will come] soon.”

Back to Meloni and Macron. According to the readout, Italian and French leaders also stressed “the urgency of finding effective solutions at the European level to support the competitiveness of European businesses and to combat illegal immigration through effective control of the EU’s external borders.”