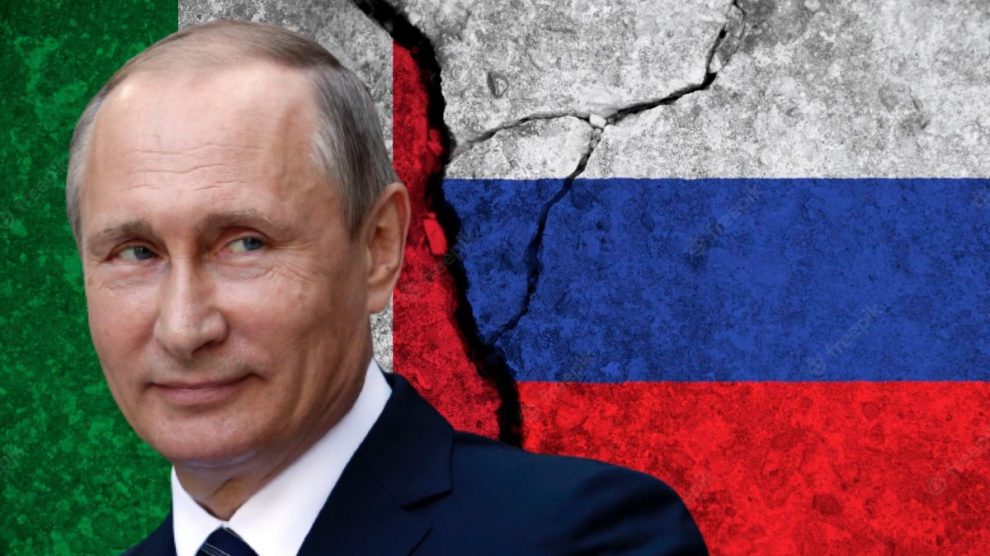 The Russian offensive started again in the Dombas – and in Italy, too. Strange coincidences on the Rome-Moscow axis suggest the pro-Kremlin party has been reinvigorated and is marching to the beat. A comment by Fabrizio Cicchitto, former MP and Foreign Affairs Committee chairman

In no other European country other than Italy has Russian Foreign Minister Sergei Lavrov been able to hold a 45-minute prime-time rally on a Mediaset network (private TV, ed). It was a rally, not an interview, because the journalist running the broadcast did not interrupt him even when he spoke of [Ukrainian President Volodymyr] Zelensky as a Nazi Jew.

In his speech, however, Mr Lavrov also nodded to his Italian friends in the Russian party to wake them up, as they had become overly restrained. Indeed, since then, some of them have gotten back on track.

[League leader] Matteo Salvini has tried to play smart by presenting himself in the guise of a Bergoglio-style Catholic pacifism. Suddenly, in the face of one nation’s aggression against another, a man who has always extolled self-defence has become a seemingly absolute pacifist. Indeed, that’s a a one-way street: while [Russian President Vladimir] Putin continues to bomb, Mr Salvini expresses all his revulsion at Italy’s sending weapons to Ukraine.

That same repulsion is being felt by the sensitive soul that is Giuseppe Conte, [leader of the Five Star Movement]. Whereas Mr Salvini’s portrayal was singularly grotesque, Mr Conte’s imitation of Pope Bergoglio resembles that of a [comedian] on a bad day.

Indeed, Mr Salvini is a Putinist on permanent duty. He has always been one, ever since he said that half a Putin is worth two [President Sergio] Mattarella and that he was much more comfortable in Moscow or St Petersburg than in any other European capital. However, he has been unlucky in his choice of collaborators for the pro-Russian operation: first he fielded the Nazi [Gianluca] Savoini, now the embassy lawyer [Antonio] Capuano, whose previous exploits in Campania were effectively described by Nicola Cosentino at the time.

The coincidences, however, are extraordinary. At a time when Mr Putin is unleashing his offensive in the Donbass, Mr Salvini and Mr Conte are questioning Italy’s choice to send arms to the Ukrainians, who are clearly being subjected to what the philosopher [Michael] Walzer has called a cultural genocide.

At this point, Italy’s honour and credibility are in the hands of Mario Draghi, as well as the politicians who have spoken out clearly: on one side [Democratic Party leader] Enrico Letta, and on the other side [Brothers of Italy leader] Giorgia Meloni. And also [centrist politicians] Emma Bonino, Carlo Calenda, Matteo Renzi and Pierluigi Bersani.

As things stand, we do not know whether or not Italy’s Russian party will launch missiles from its submarines on June 21, when Parliament is slated to undergo a tough debate.

In many respects it will be a moment of truth for parties and movements. It will be a moment of truth for the Five Star Movement, where [Luigi] Di Maio is performing his role as foreign minister impeccably. It will be the hour of truth for the League, where small Northern businessmen and workers have dealings with German manufacturing companies – certainly not with the oligarchs, who for years have been buying political leaders, pieces of parties and companies, hotels and villas around Europe, with money stolen in Russia and with Mr Putin’s consent,

Italy is in the crosshairs because in Moscow they consider it, for many reasons, the weak link in the chain of Europe and the West. Of course everyone can get smart, but no one can think that Mr Putin and Mr Lavrov will be covering our backs with respect to [Italy’s debt] and the resources coming from Europe that are decisive for the country’s future.