Home » From Silvio with love: Berlusconi’s latest on Putin 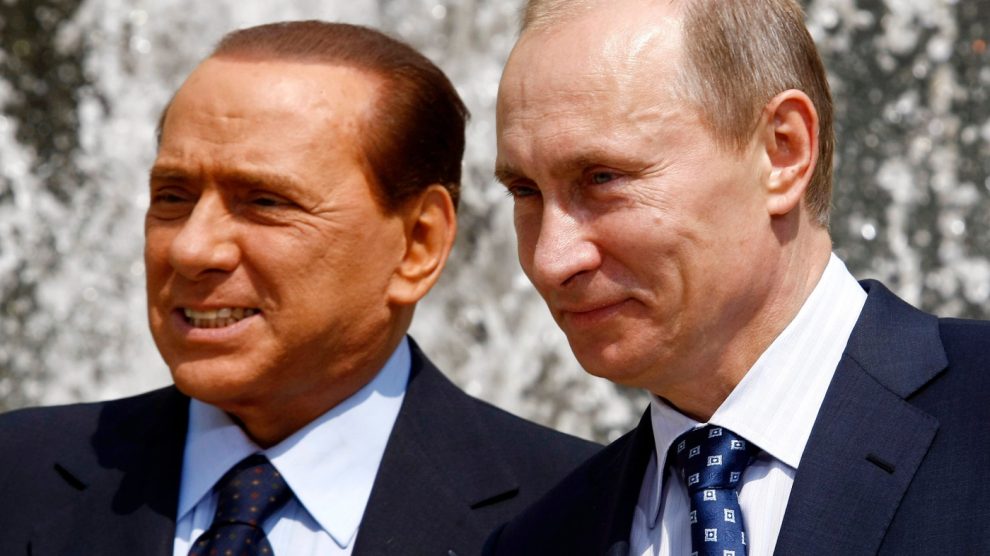 In a leaked audio, the leader of Forza Italia said he has “re-established relations” with the Russian president, exchanging “sweet letters,” vodka and wine. His entourage stressed he was talking about a very old episode. Later, the newly elected House Speaker cast doubts over sanctions

He said what, now? Today (Tuesday, October 18), Silvio Berlusconi uttered a rather questionable statement at the Italian Lower House, in front of his party’s MPs. The audio was captured and leaked to LaPresse, who then made it public. Here’s the translated transcript.

“The Russian ministers have said that we are already at war with them because we supply arms and financing to Ukraine. I personally can’t express my opinion, because the press… […] it would be a disaster. But I am very, very worried. I have re-established relations with President Putin, a little, in the sense that for my birthday he sent me twenty bottles of vodka and a very sweet letter. I replied with bottles of Lambrusco and an equally sweet letter. He [called me] the first of his five true friends.”

Deny and deflect. The leader of Forza Italia appeared to suggest beyond any doubt that he had reconnected with the Russian President, who has become a pariah among most Western leaders. This reconstruction, however, was flatly denied by his entourage.

Not to be outdone, the newly elected, Putin-admiring Speaker of the Lower House, Lorenzo Fontana, noted on live TV that whereas Russia was “prepared” for sanctions, “we were not. It could be a boomerang.”

Not the best start. These incidents might reflect rather poorly on Italy’s yet-to-be-born new government, which is slated to take office as soon as next week. Giorgia Meloni, leader of Brothers of Italy and prospective prime minister, is aiming to stick to Mario Draghi’s Atlanticist foreign policy and promised Ukraine she would continue to support it, including through sanctions and military aid.

Allies threaten Meloni’s “whatever it takes” government
Towards Italy’s new government: the next steps